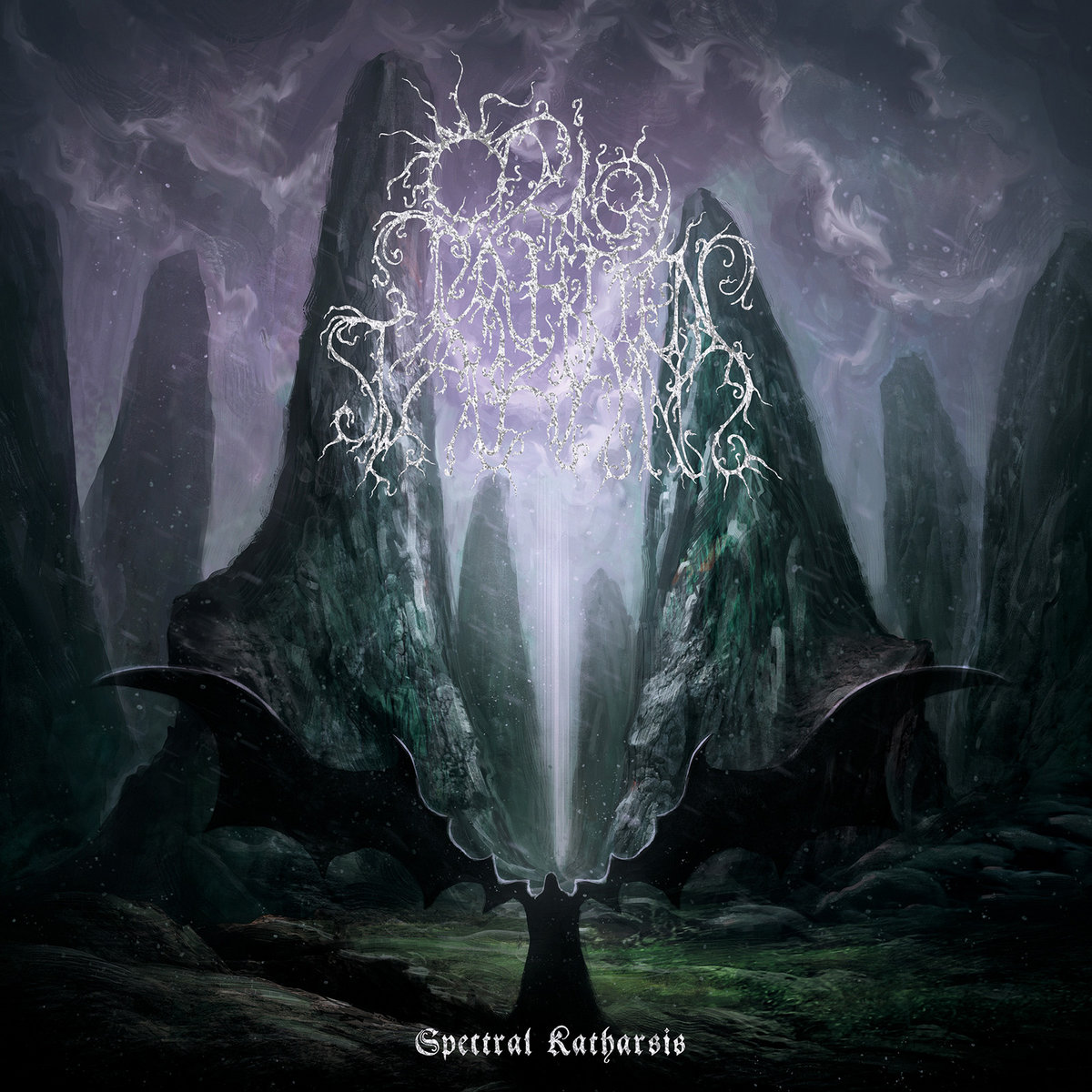 The first band that people are most likely to recognize from the list of acts that v-KhaoZ features in is Vargrav, whose stellar debut `Netherstorm’ caused quite a stir upon release (not in the least because of issues with availability of vinyl colors and subsequent drama on certain forums). But the multi-instrumentalist is also active in amongst others Druadan Forest and Embryonic Slumber. The latter is a more hypnotic mid paced Black Metal project he shares with Hellwind Inferion, the current Sargeist and Desolate Shrine vocalist. Both artists also work together in Olio Tähtien Takana, which was formed by v-KhaoZ but sees Hellwind Inferion join for their third record, `Spectral Katharsis’.

Olio Tähtien Takana translates to ‘A Creature Beyond the Stars’ and is a pretty accurate way to describe the work of the band. The first records, `Morphogenesis’ and `Neocosmos’, were both released only a few weeks apart in 2017. While `Morphogensis’ leans more towards an Ambient record, `Neocosmos’ shows a mix of Ambient and Black Metal, not unlike Darkspace and Blut Aus Nord. On `Spectral Katharsis’ these cosmic elements are still very much present, but the band has shifted more to a sound comparable to Odium and Limbonic Art combined with the more traditional Finnish Black Metal riffs that we’re used to from for instance Horna and Sargeist. The result is Symphonic Black Metal, though the keyboards and melodic guitars are much more restrained than in Vargav. A great example of the sound is `Prophecies of Pandemonium’, which features the mix of fast, symphonic, melodic and traditional Finnish Black Metal. It still never ceases to amaze me how only the Finnish manage to pack this all together so effectively… `Journey to the Most High’ is a majestic and bombastic track, while a minimal begin to `A Sorcery Written in Stars’ provides one of the many platforms where the fantastic and fanatic, varied and frenzied vocal performance of Hellwind Inferion shines through.

All these elements together result in an outerworldly atmosphere that nicely fits with the band name and artwork, which initially drew me to the release. Probably my one reservation is that the album is maybe a little bit too lengthy, clocking in at nearly 54 minutes. But don’t let that deter you. Olio Tähtien Takana’s third album `Spectral Katharsis’ is definitely a recommended listen for those that appreciate Symphonic Black Metal. (VincentP)