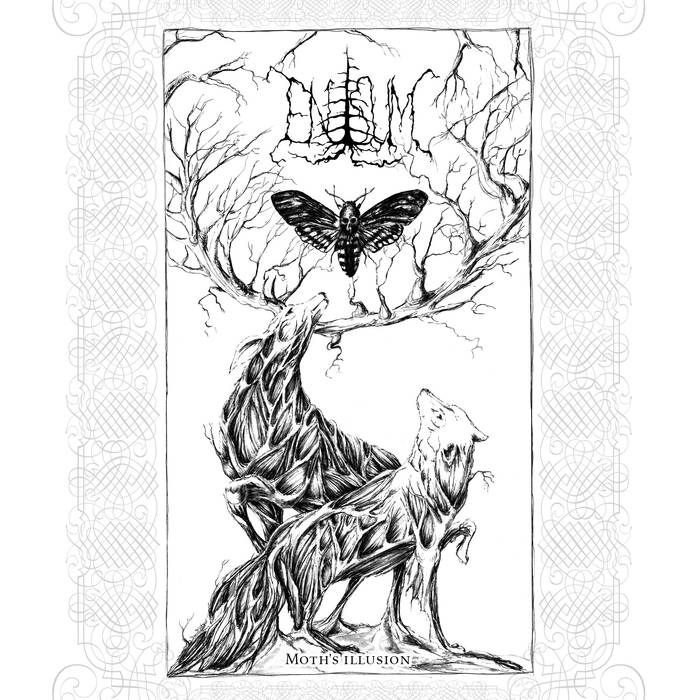 I remember hearing Enisum for first time in 2014, when they had just released the full-length “Samoht Nara”. While we already had different exponents of atmospheric Black Metal from many years ago, the band’s novel way of composing was notorious. On the other hand, the cleanliness in the sound of its instruments gave their a special look.

Some years have passed and now the band gives us this new release, “Moth’s Illusion”. The word beauty may be useful to define this album because, although they have incorporated heavier elements in the compositions (including the guttural voice), everything together sounds heady, full of atmospheres that transport you to vast natural fields tinged with ice on its surface.

The musical work of Enisum has always been characterized by a restless change of rhythms and melodies, going from acoustic passages to others more typical of dense or exalted Black Metal. Now, in this new album, that feature has become more intense, including passages that may be framed within the Black Doom. The instrumental work is very careful and not linear at all. For example, the arrangements made by the drummer during the acoustic parts of the third track (“Where Souls Dissolve”) show a professional musician with extreme technique. I do not know if Gene Hoglan is within his influences but, in any case, those sparks of creativity put a different face on this style.

The guitars try at all times to inject nostalgia and, of course, they achieve it. They really move you. Suffice it to mention the song “Afframont”, perhaps one of the highest points of the album, where a drums of features very close to the current Death Metal serves as the basis for absolutely depressive riffs. And while these riffs are on the atmospheric Black Metal line, the voice that Enisum presents is guttural. This is innovative and attractive.

Speaking of the vocals, what you do not expect is the change you’ll find in the song Moth’s Illusion. Clean vocals, quite melodic, melancholy. In that sense, maybe we can remember that old acoustic “My Kantele” made by Amorphis in the mid-nineties. Of course, this only in parts, because Enisum is not only acoustic passages, but they burst with all the distortion with open touch, in addition to the heartrending cries that are always present in its discography.

Another song that is necessary mentioned is “Lost Again Without Your Pain”. Again the technique intersects with ambient passages and the heaviness returns to take center stage. In a way, this track can be the delight of fans of the old Moonspell. And maybe mentioning the great band from Portugal is a good idea when talking about Enisum, not because they are similar (they aren’t), but because of the level of eclecticism when composing. Enisum is clearly an atmospheric Black Metal band, but they leave many doors open to musically enrich their compositions. (MarioR)