Moonlight Sorcery – Nightwind: The Conqueror From The Stars [EP] 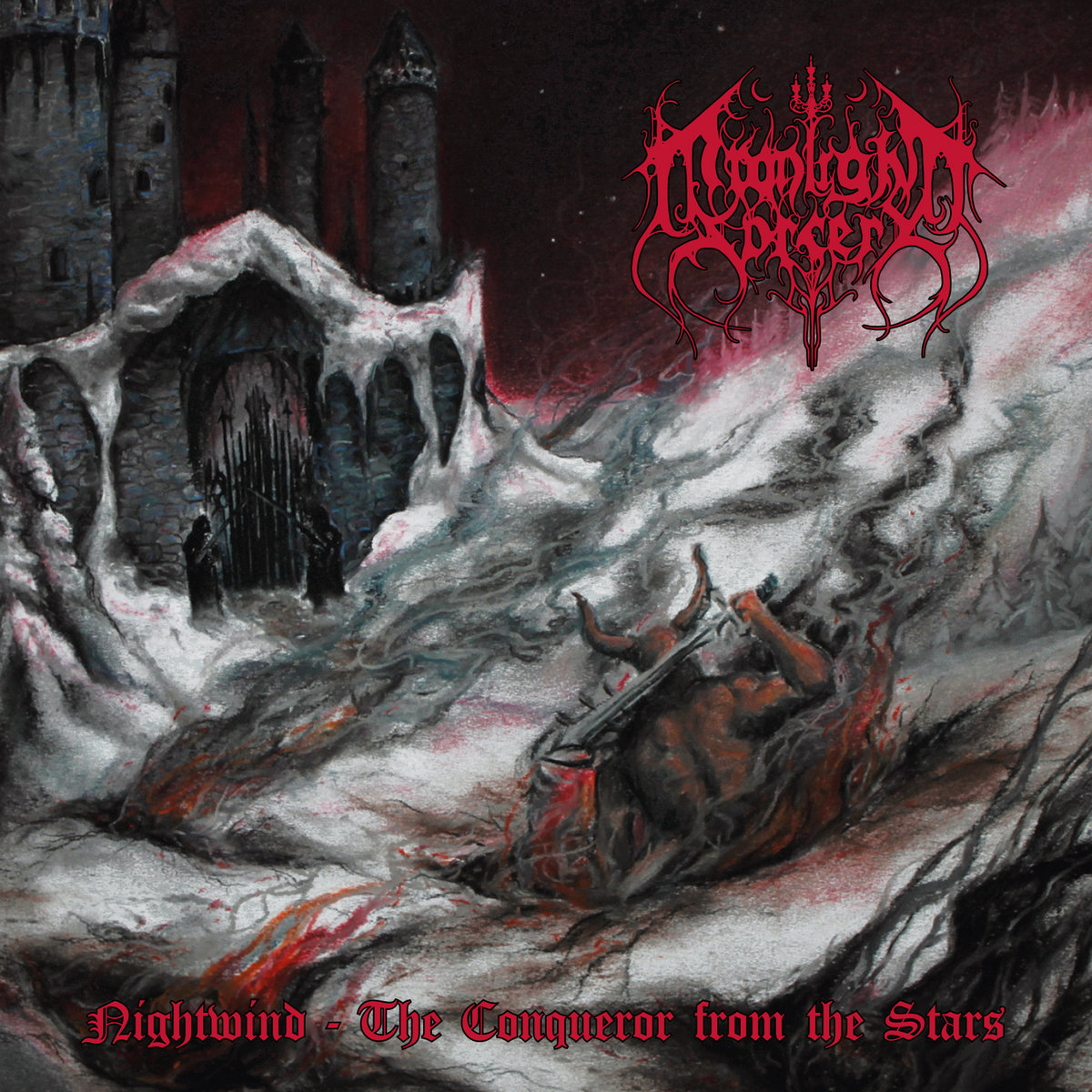 At the beginning of this year I was completely blown away by the debut EP from Finnish newcomers Moonlight Sorcery. Just like that all at once, without any warnings in the form of previous demos, the band fired off ‘Piercing Through The Frozen Eternity’, one of the best releases of the year. It’s blistering blend of Symphonic Black Metal and fabulously crafted classical Heavy Metal licks propelled the band to unique levels of epicness. And with the unexpected announcement of their debut’s follow-up release, the band managed to surprise me again. In the interview I recently conducted with the Finns, they talked about a new full-length album in 2023, but with ‘Nightwind: The Conqueror From The Stars’, we once again get a brand-new EP first.

To start off being honest, I had to give this EP a considerable amount of spins before it really started working. Their debut EP was an instant hit, from the very first second I heard it, mostly because of its grandiose epic character and crystal clear production. That pristine sound made all the orchestral elements stand out and deliver so much depths to the tracks that it was almost impossible to keep track of all the bombast and amazing lead guitars.

While ‘Nightwind: The Conqueror From The Stars’ has almost all of those same musical ingredients, I had to chew on it a bit longer before it seemed to start working. That is basically because the amazing sound quality of the preceding EP has been stripped down to a far rawer kind of approach. After having listened to the songs numerous times, I am now used to it and the new tracks are almost equally impressive as on the first EP, but that sound does take something of its magic away. Yet, the rawer approach imposes some more Black Metal riffing, quite typically in the Finnish tradition; the opening riff of its first track is a perfect example of that. Also the drums, especially the snare drum, sound a little flat and do detract slightly from the overall experience. But the musical key elements of Moonlight Sorcery are still very much there, the classic schooled guitar wizardry still adds so much to the rich sound of the band. Listen to the opening seconds of ‘Constellation’ for instance, and you can just imagine Yngwie Malmsteen pulling off a similar sort of solo in his prime works. While the band seems to try to retain some sort of a more raw sounding Black Metal core, they are also further expanding their penchant for classic guitars.

So, basically, ‘Nightwind: The Conqueror From The Stars’ is more than a worthy follow-up to its predecessor, but it is not able to be the step up as it is probably meant to be. I guess it is the combination of the disadvantage of not having the element of surprise and the slightly inferior sound quality that, for now, makes ‘Piercing Through The Frozen Eternity’ an unsurpassable feat.