Wolvencrown – Of Bark and Ash 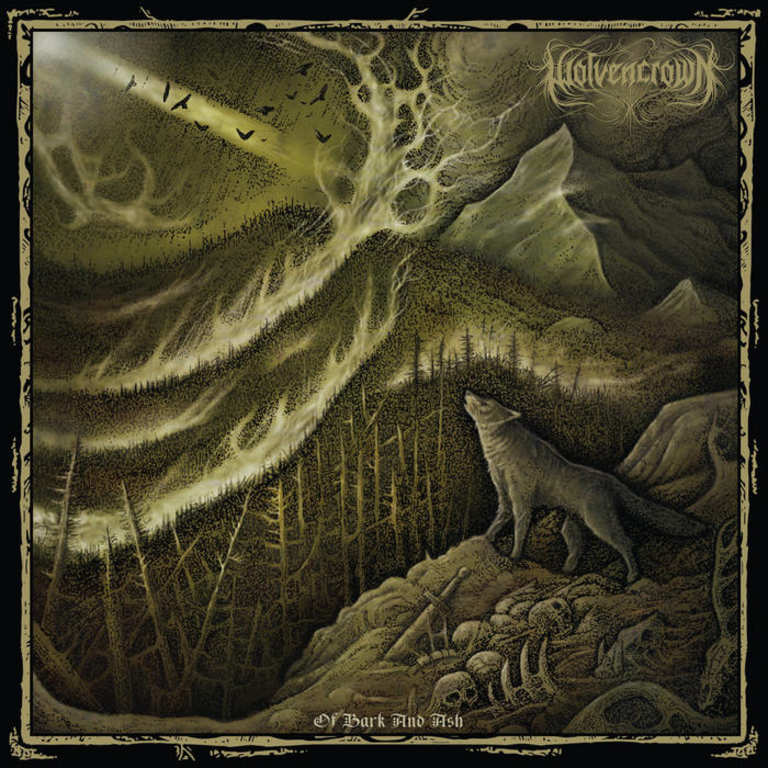 It’s taken me a few listens and a few attempts to set down my thoughts on the debut album from UK Black Metal band Wolvencrown, entitled “Of Bark and Ash” and released through Avantgarde Music. In a previous life I released the band’s debut EP on cassette and to this day I still love that EP, four tracks of wonderfully melodic Black Metal with a sound and style of it’s own. In truth it’s taken me longer to appreciate the debut album because I can’t help comparing it to the EP, but now I can hear that all the little foibles of Wolvencrown are present, the mid paced songs, the key to their synth work and the melody and atmosphere that washes over every note they play.

“Of Bark and Ash” is a slow burner, an album you’ll need to give repeated spins in order to fully appreciate it’s nuances. However once it unlocks its chest of secrets to you, you’ll be astounded by the wonder that Wolvencrown have created. A powerful album, rich in melody but also with an iron core, the bands base sound is of cold riffs, relentless in their steady trajectory and backed with solid drums and bass work and a vocal display that ranges from tortured angst to raging colossus at the drop of a hat. They even throw in the odd bit of clean female vocals for good measure.

What Wolvencrown are so good at producing is an old school sounding Black Metal album with a modern slant. The grim melodies that sound like they stem from the forest is clear, but the sound, production and songwriting are crisp and efficient. What I really love about this album though is that the band’s signature sound from their EP is still evident and becomes more prevalent as the album winds it’s merry way.

To close this off I’d recommend getting the vinyl edition of the album, it’s a truly well produced piece of work and the artwork is stunning. (Heathen of the Horde)