Khazad-Dûm – Hymns From The Deep [Re-Release] 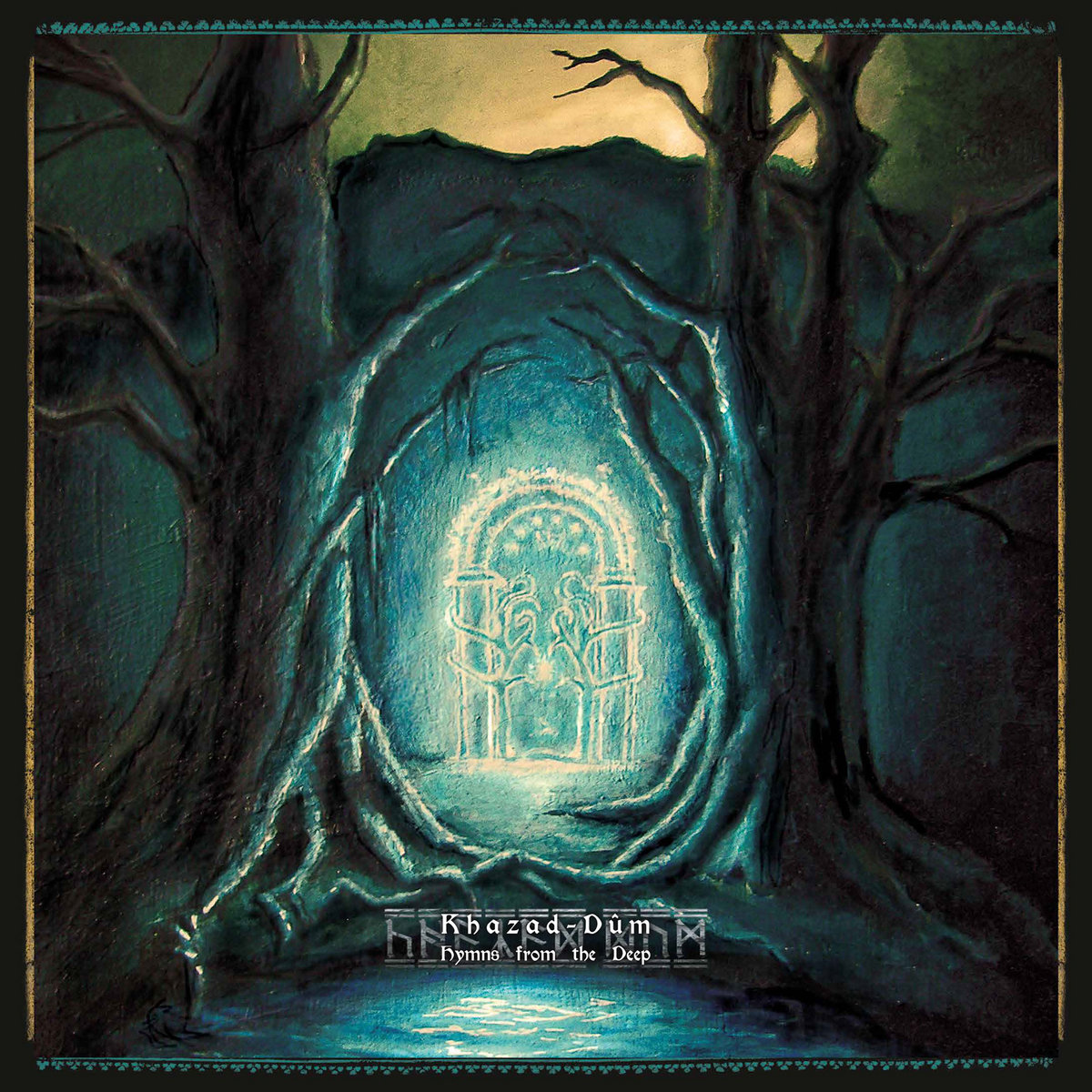 Deep down under the Misty Mountains lies an ancient kingdom of the dwarfs of Durin’s Folk, that kingdom is also known as Moria or Khazad-Dûm. That hidden and most famous realm of the dwarfs in Tolkien’s Lord Of The Rings saga was also the main inspiration for this UK duo, who kindly uses the same name for their Funeral Doom/Death Metal outfit. Originally their debut album was released through the Swedish I Hate Records label, but was released on vinyl last year through the revered label of Avantgarde Music.

Tolkien has inspired countless of metal bands throughout the full existence of the genre, from Attacker’s great 1985 released ‘Battle At Helms Deep’ album to the name giving to bands like Gorgoroth, Cirith Gorgor, Cirith Ungol and even Burzum. To that ever-growing list we can now also add this Funeral Doom/Death Metal combo, who are seemingly able to add a different musical approach to that archive. Primarily based on an almost sacred sort of ambience that can be found on a bit of that tipping point between Pantheïst and Skepticism. Heavily based on those haunting keyboards and in a slow dragging pace it is far less crushing or devastating than a lot of the bands genre contemporaries like Evoken, but the conjured atmosphere is rather similar. Due to the keyboard elements and the way the guttural vocals are used, it might be closest to the Finnish Funeral Doom stalwarts Tyranny. It is also those long spanning soundscapes, like ‘Mountainous Structures’ that breathe a very similar sort of ambience. But again, it’s certainly not all about borrowing, that ecclesiastical combined with almost Post-Metal-like melody lines, as heard halfway through ‘Monstrous Flesh’, do make this a downright solid Funeral Doom album.

While it is a tempo that is well below the average of the VM-Underground featured bands, it still sounds heavier than a lot of them combined. It might not be the most original band in the Funeral Doom/Death Metal genre, but then again, this is a genre that is rather limited to begin with. Within that musical frame, Khazad-Dûm managed to bring forth a very convincing debut album.