Obituary – “I love Allen West as a brother, but what he was doing to the band was killing us, so we needed to take out the cancer” 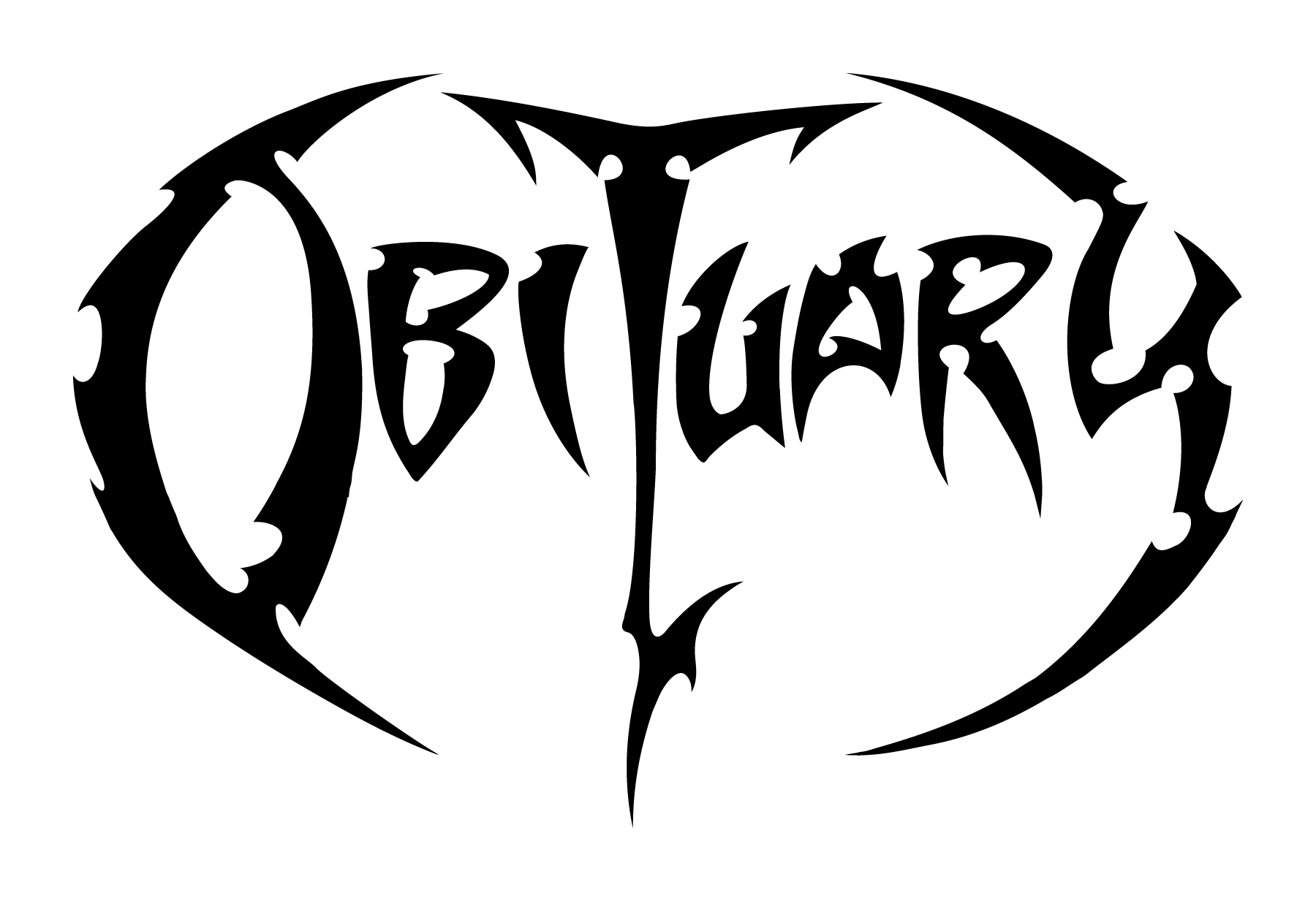 Every metal style has bands that get everybody thrilled. Within death metal the most common names are the bands that were releasing their first albums between 1988 and 1991. I’m talking about Morbid Angel, Suffocation, Immolation, Cannibal Corpse and the band with those remarkable vocals: Obituary! After the reunion announcement, one album and leaving Roadrunner after almost 20 years, a new Obituary steps up. Full of energy due a new label and a record that grab you by the throat. Unfortunately Frank was quite busy with the new tour, therefore the answers are a little bit short. But I bet Frank Watkins will share the same vision…

Hello Frank, thank you very much for doing this interview. At first, the trademark Obituary. You’re in the business for a long time now, still…lot of exposure and lot of people eagerly waiting for a new album. Are you aware of the fact that you are a member of one of the strong holders of death metal?
Yeah I am aware but honestly we have a long way to go to reach the masses. I feel with the break thru of today’s extreme music it will pave a pathway for bands like Obituary to gain more popularity and get to a lot more fans.|

John Tardy said that the whole Obituary line-up was kinda fed up with the attitude of Roadrunner Records as they didn’t promote “Frozen in Time” well enough according to your opinion. What kind of problems did you have in those days? Did you expect more credit for being a Roadrunner artist all those years? And how are happy are you with Candlelight Records? On your official homepage you mentioned you finally got a real “Release-party” of the new album arranged by your label. Which other labels were interested in signing you and why have you chosen to sign with Candlelight Records? You even had a business advisor to help you out right?
We had a shitty deal from day one with Roadrunner. It feels so good to know we are finally finished with them and we can move on in a more productive manner. I feel we help to put Roadrunner on the map but in the end big business took over and we were left in the dark. I really don’t understand why they didn’t just let us go but we were contractually obligated to do one more album. We didn’t expect Roadrunner to do anything but when we asked to be let go of the label they insisted we would be taken care of. Our relationship with Candlelight has been great. The bottom line is they do their job and that’s all we ask. We have every extreme label come after us so we decided to write our own deal. We sought out an amazing business advisor and wrote our own deal. Candlelight had no question with our terms and was the first to step up to the plate!

While listening to the new album my conclusion is that it is 110% Obituary, but with a couple of enjoyable twists. For example the 7 minute lasting track “Contrast the Dead” and the fast moshpit guarantee track “Seal your Fate”. The album screams “ENERGY!!” in general. I bet you got a real kick out of recording and I bet you can’t wait to go on tour…Could you tell us more about the recording process of the album? For the first time you used your own studio, right?
We have been heavily involved in the recording process for years and with technology the way it is now it makes it easier for you to produce your own material. We took a gamble on the band and spent what money we had and racked up some credit cards to invest in ourselves and build our own studio. We call it Redneck Studios and now have the ability to record everything we come up with. Fortunately we have a great friend Mark Prator and he really knows his shit and he helped us out tremendously and walked us thru the entire process of building this studio. We are forever in his debt.

When you look back, what is the biggest difference of recording “Back from the Dead” (last album before the non-active period), “Frozen in Time” (the comeback album) and your new one?
“Back From the Dead” we did with Jamie Locke in a studio in Miami we had to work all day and night and spent a shit load of money. With “Frozen in Time” we experimented with Mark Prator and did it all with him on a low budget and learned a lot. The new one we did our selves with some help from Mark in our own place.

You recorded one extra song for a limited edition release (with poster and special packaging). Can you tell us something about that song? Track title? Fast or slow song? In the vein of…?
Its BADASS you’ll have to wait to hear it!

The cover artwork is a nice one for your backdrop as well as shirts. Especially the detail that the artist (Andreas Marshall, also responsible for the great “The End Complete” and “Frozen in Time”) used the “T” of your logo as a kind of dagger and the dragon of your logo. Whose idea was it? What was your first reaction when you saw the painting?
Andres came up with that idea and was floored when we first saw it. We knew right away what to call the album!

The title “Xecutioner’s Return” is something like looking back at the past. Also one could say it’s a statement: We had a great reunion and we are here to stay, playing the old school way like we always did. Am I getting close? How do you see Obituary’s past? Any regrets (certain album, tour or track on an album)? Also, some experiences you are really proud of?
NO regrets at all. We did it exactly like we needed to. The breaks we took were needed and it shows. The proudest moments the fact we are able to have so many fans from all over the world!

After a long time of silence John Tardy said some things about the imprisoning of Allen West. Phrases like “he’s been a handful over the years”, “the last couple of years have been particularly hard” and “he’s just falling on his face drunk on stage and showing up to practise and he can’t even play because he’s so wrecked”. Those are some hard words! Is this the fury of a frustrated front man who only wants to get and keep Obituary at the top of the death metal league and don’t want any obstacles? What is your opinion on this subject? Is there a chance you guys replace Allen permanently?
Allen was given too many chances and his actions showed us how much he cared for the band. I love him as a brother but what he was doing to the band was killing us so we needed to take out the cancer. We’ll see where we are when he gets out of prison and also see what is important to him. As of now we have a great guitarist that has as much passion for this band as we do and this is what we needed!

There were rumours that you guys and James Murphy couldn’t get along anymore. James Murphy posted a picture on your official message board that proves otherwise. As “Cause of Death” is my personal favourite Obituary album because of the great solos (although John Tardy thinks otherwise, as his opinion is “the leads do sound like they were just put on top of music that was already there”). Do you think you would ever work again with James Murphy? Maybe a guest solo?
NO.

You will tour with Alabama Thunderpussy, Full Blown Chaos and Hemlock in the US and with Holy Moses in Europe. You touring with Alabama Thunderpussy is kind of a combination you don’t expect. Excited? Also, will there be any other bands added to the European bill?
Alabama is a fucking great hardworking band and it is going to be a spectacular show. We choose bands to tour with that we like. I hate going to shows and not having a bit of variety in the line ups. They are going to so killer to watch every night.

Celtic Frost and Obituary, there are some connections, ha! Seriously, what do you and the rest of the band thinks of the come back album and their tour (maybe you have seen them on Waldrock)? Did you all go nuts after hearing “Circle of the Tyrants”?
It’s a great record! I love its sooo heavy and different. I hung out with Martin Ain at the Waldrock and he’s a really great person. Tom seemed very with drawn and quiet but very nice at the same time.

Alright, I promised a small interview, but I’m afraid I still took a lot of your time. Thanks for the answers, Frank. If I have forgotten anything to ask, here your space to mention it. Cheers!
Sorry for the delay but we are tremendously busy with rehearsing and getting ready for our live shows see you in Jan 2008.