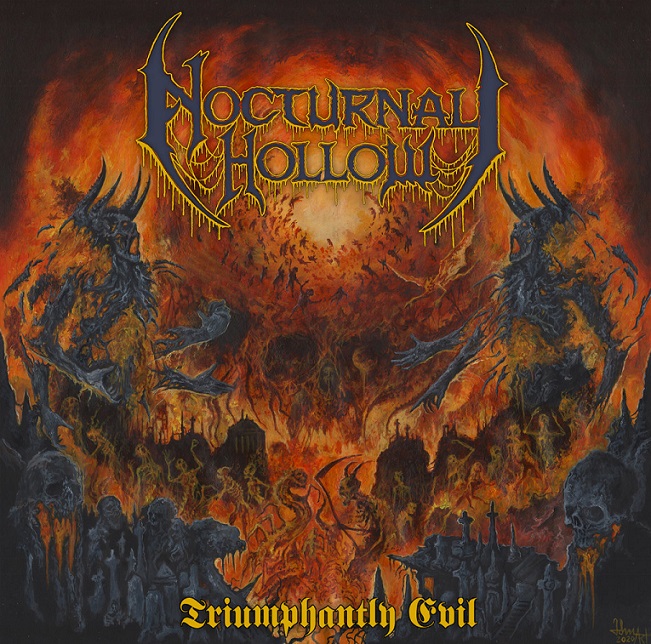 With the previous album “A Whisper of an Horrendous Soul”, Nocturnal Hollow were standing firm with both feet in the Swedish Old School Death Metal pool, yet on “Triumphantly Evil” there are slight differences compared with its predecessor.

The sound is a less roaring buzz saw sort of speak and more clear, and the aforementioned firmness changed in dipping one feet in other pools as well, although the pools are still Old School Death Metal, just different scenes like the old US, UK and Dutch ones. But also other parts of the Swedish scene, like with “Down to the Void” you will hear some end 90s Hypocrisy influences.

So yes, the basis of Nocturnal Hollow’s Death Metal is still the Swedish ground, but they have mixed it with other OSDM influences as well which results in a decent album which ends with Slayer’s “Necrophiliac”. (Ricardo)