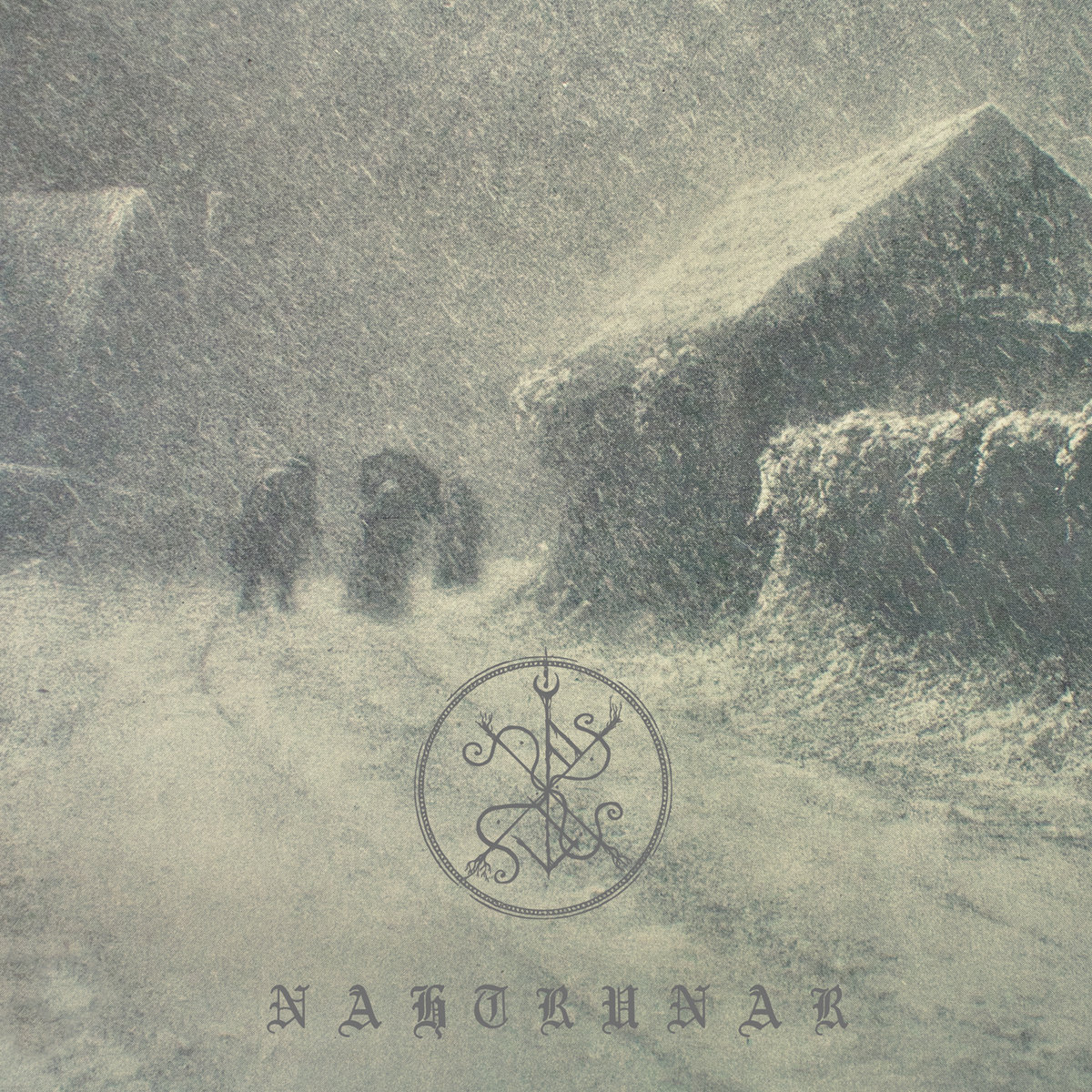 Insiders might know Austria’s Nahtrunar from the excellent debut album `Symbolismus’, a work that was heavily inspired by the spirit of 90s Norwegian Black Metal. Follow-up `Existenz’ mostly followed in the footsteps of the debut but didn’t quite match the atmosphere of the debut, while the 2018 album `Mysterium Tremendum’ placed more emphasis on melodic touches that remind me of Swedish bands like Dawn (`Slaughtersun’), Sacramentum (`Far away from the Sun’) and Mörk Gryning (`Tusen År Har Gått’). Even though their debut has an unsurpassed atmosphere, the band’s music has been consistently strong and it was exciting to see Altare Productions release a new chapter entitled `Wolfsstunde’ seemingly out of nowhere.

The new album breaks with the black and white photography aesthetics of the previous album covers, coming with a beautifully illustrated image of a snowed-in village. Fitting with that imagery, the production and atmosphere on `Wolfsstunde’ are much colder than on the previous two albums. In fact, in a lot of ways the material feels closer to the debut album than the previous albums. However, the musical formula is otherwise a logical continuation of the steps the band has made so far. Opener `Fund’ showcases everything Nahtrunar has to offer, including a beautiful acoustic intermezzo and tasteful addition of cello arrangements. But perhaps it’s closing track `Alte Heiligkeit’ that best captures the essence of the album. On `Wolfsstunde’, Nahtrunar paints its bleak vision of Scandinavian Black Metal, capturing atmosphere and melody without losing aggression. It’s a matter of personal taste whether it’s able to match `Symbolismus’ for the listener, but undoubtedly `Wolfsstunde’ is a great addition to the Nahtrunar discography.