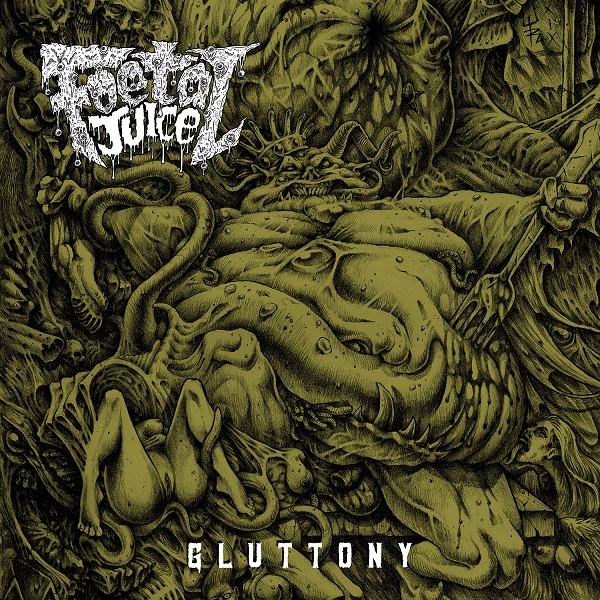 Manchester, UK’s Foetal Juice released their second full length album back in 2020 entitled simply ‘Gluttony’. Twelve tracks of hyper speed brutality, drumming at break neck speed, raucous growled vocals mixed with ravenous screams, bass lines thundering out at a million miles an hour, and oh the riff-age, volatile, nasty and lightning paced. ‘Gluttony’ is an album lead not by the guitars or even the bass, but by the machine gun trigger reflexes of drummer Rob Harris, who seemingly is the human equivalent of an octopus, so varied and frantic is his drumming style. He leads this album through sheer force and brutality and the guitarists to their credit keep up every step of the way with a deluge of crushing, filthy Death Metal riffs. On the very rare occasion that Foetal Juice do slacken the pace just a little, it merely adds to the barbarity as they sound even more grisly and punishing than they did at full speed. If you are looking for a varied album of multi-layered intensive Death Metal then this isn’t for you. If however, you are in the market for near forty minutes of bat shit insane Death Metal carnage, well then, settle down and strap in, and have Foetal Juice tapped directly into your vein! (Luke Hayhurst)