Oath of Damnation – Fury and Malevolence 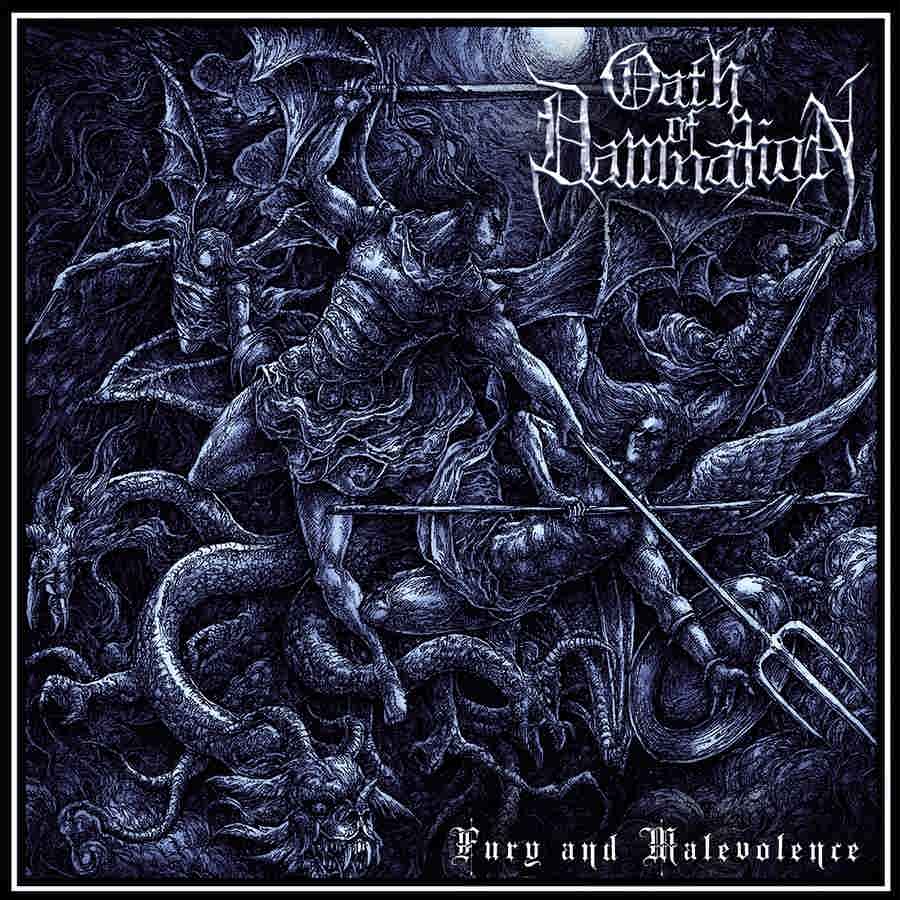 Australia strikes again with “Fury and Malevolence”. Oath of Damnation are around since 10 years and released a demo in 2012 and their first full in 2014 (“The Descent”). 6 years later a twisted follow up “Fury and Malevolence” is unleashed and it’s a sick beast. 7 tracks of Black/Death Metal which has a lot to offer.

What I really like about this record is the mixture of technical, brutal Death Metal elements combined with orchestrated, 90s Emperor like Black Metal for most of the time. Sometimes it’s more like Marduk/Emperor meets Lost Soul, other times there are Suffocation like riffs which suddenly change into a more melodic neoclassical arpeggio guitarsolo, just to return back to brutality.

At the first listen it might sound If the band doesn’t know exactly what they are going for, but they know it exactly. It’s the mix, the challenge to alternate between those 2 subgenres, using a wider range between those too and still sounding on pair with it. The musicianship truly helps here, since everyone knows their instruments and delivers some nice goodies here and there.

Strings, piano, there is a lot put into it but only used when needed to enhance the atmosphere and give it some additional meat. The production is powerful but not clean, there is still some dry dirt in it. The blasphemic artwork is quite nice and is fitting the sickness very well.

I recommend to give it a couple of spins to be able to grasp everything If it doesn’t ignite the fire at first listen.

Good follow up with interesting ideas, great musicianship and a cool mix between Black and Death. (DPF)