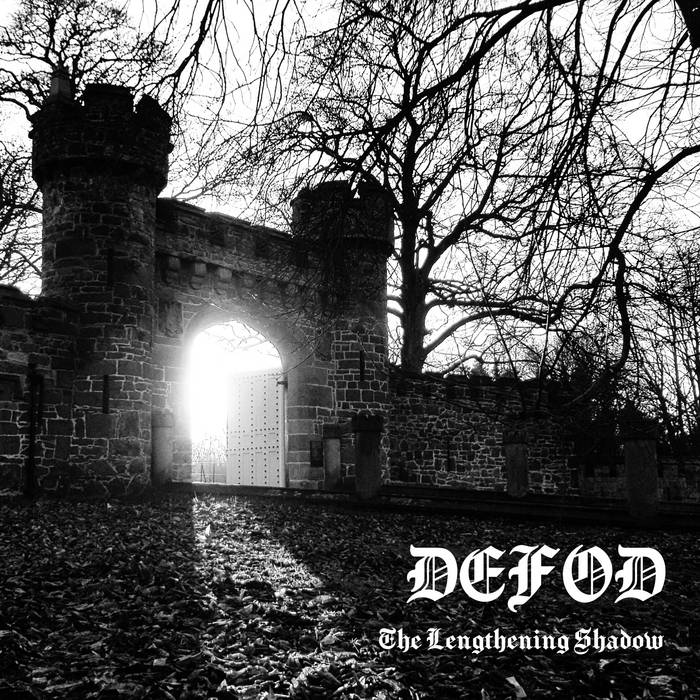 A big thank you to Richard Turner for directing me towards North Wales are the immaculate debut album from Atmospheric Black Metal trio Defod, a band intrinsically connected to nature, their Welsh heritage and to history. 2021 was a busy fledgling year for the Defod lads who before they dropped this slice of melodic artistry, had already put out two single releases and an EP in preparation for this full length opus. And there are a number of influences at play within their work, including a little nod to Cradle of Filth in some of the raspier, sinister vocal work. But I’m getting ahead of myself so I’ll rewind to the beginning and the instrumental tones of ‘Ritual II’ whose mid-tempo pace, intricate drumming patterns and nerve wracking guitar leads building anticipation wonderfully, before leading into ‘The Burning Intent’, a song quick to raise the pulse with punishing blast-beats and hardened riffs with just a little Irish Sea chill and spite woven into their tapestry, but with a gloriously melodic undertone forged by intense grinding guitar leads.

So the blueprint has been laid down for Defod to expand upon and they do so with absorbing bass leads heading into ‘Possessor of the Golden Sickle’ which through a darker sound and wonderful lyrics bring to mind the deeds and myths behind the druids who pretty much ran Wales centuries ago. And yet there are far more personal themes hidden within the bleak folds of the album, such as during ‘To Conquer the Darkness Within’ whose more direct, ice cold guitar sound and croaked, menacing lyrics speak to those who have contain ill thoughts about themselves, who see themselves as worthless and feeble, before finding inner strength to battle through and rise majestically. This is easily one of the tracks of the album! As is ‘Votive Offering’ whose catchy pace and melody belies the songs subject matter of making pilgrimage through the dark forest to give worship and sacrifice to ancient Pagan Gods.

Further into the darkness the album travels and the icy guitar leads meander through the quicker blast-beat heavy tunes such as ‘Effyd’ as well as bass led sombre interludes and the ravenous intensive harmonics of tracks such as ‘The Folly of Gods Creation’, whose concepts are mired more in the realms of the Christian God and in particular the fall of Lucifer. Another strong contender for track of the album is the deeply personal, intensely brooding ‘Dioddefwch’ whose slow pace, crawling leads and spoken word vocals combine to produce a lurking, miserable song.

I love how the subject matter throughout the album oscillates between ancient history and folklore, deeply personal emotions and more mainstream ecclesiastical fare. ‘The Lengthening Shadow’ never stagnates and the sweeping range of melodies, combined with the harsher tones make for a truly wonderful aural experience. (Marksson)