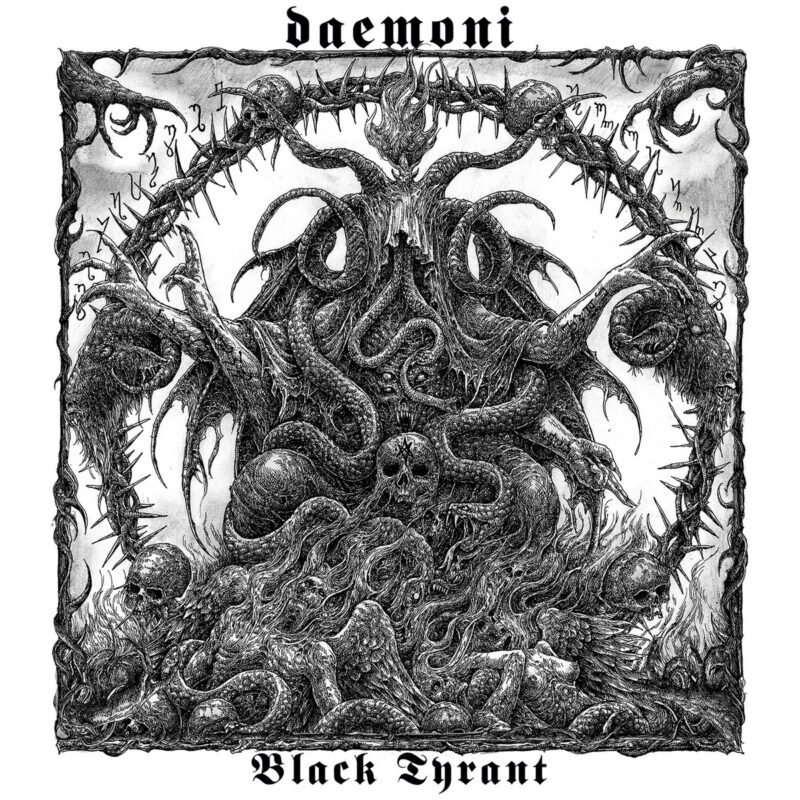 “Black Tyrant” is the second album of Daemoni, after their first release “Stillborn Redeemer” which was also released by Goathhorned Productions back in 2011. And although some are trying to convince me I’m dealing with some South American madness, the Colombian band does play with a certain fierceness yet it is a bit too generic.

With some winks towards Dark Funeral and old Mayhem (just listen to “Carnifex Christi”), Daemoni know how to play their Black Metal in a demonic way but don’t bring any riffs and song structures that stick to my mind or overwhelm me. Maybe they will proof me wrong with their third album, who knows? (Ricardo)