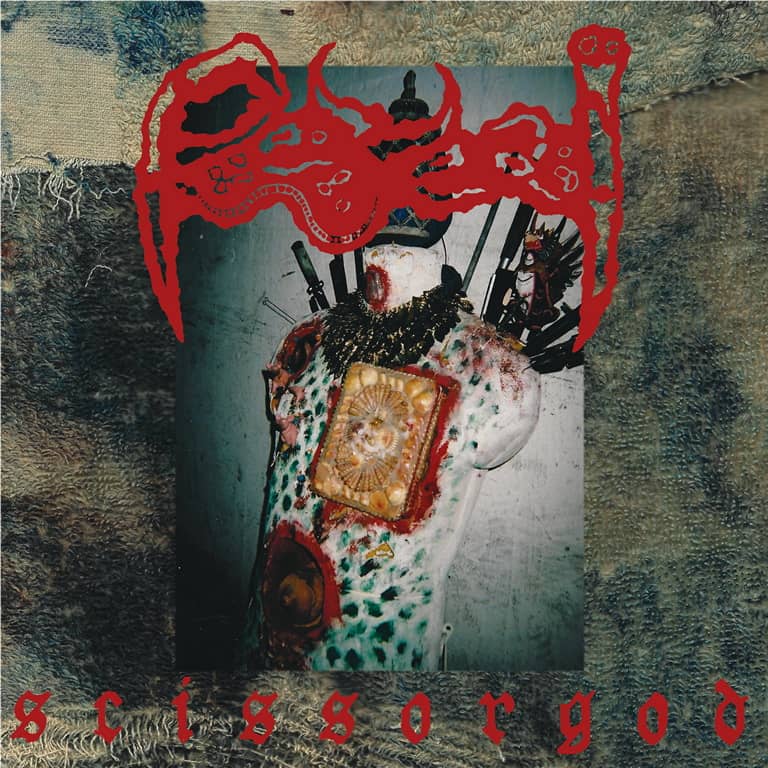 Owners of one of the most interesting sounds available nowadays, Sweden’s Reveal! started their career back in 2006, under the moniker Waster, with two demo releases in 2007 (“Demo Tape”) and 2008 (“Unholy”). After changing their name, the band released their first full length, “Nocturne of Eyes and Teeth” in 2011, which was followed five years later by “Flystrips”, in 2016.

Their third album, “Scissorgod” was released in 2019 under the German label Sepulchral Voice Records, again with a cover way different from anything else we can find on the Death/Black/Thrash spectrum. But what kind of Death/Black/Thrash are we dealing with here? Certainly not the typical sound you might expect when the band is labelled under that category. However, that is the beauty of extreme metal: there are no boundaries and the sub-genres are constantly being redefined and challenged by their performers.

Opening with the title track, the band immediately transports the listener to the weird landscape of sounds delivered throughout the whole album’s experience, demonstrating how to get things done without the need of sticking to a preconceived formula, guiding their fans throughout a maze of clichés that can be found in several styles and genres, even those not necessarily in the metal sub world and yet, somehow making it all work together as a whole. “Scissorgod” is not an album for those who like their music to be “straight to the face”, without any surprises along the way (not that there’s anything wrong with that, obviously).

However, this is precisely the type of album/music everyone in the extreme metal world should pay attention to, for its creativity and originality, as well as its unique way of pushing out the boundaries of our beloved music! (Antonio)