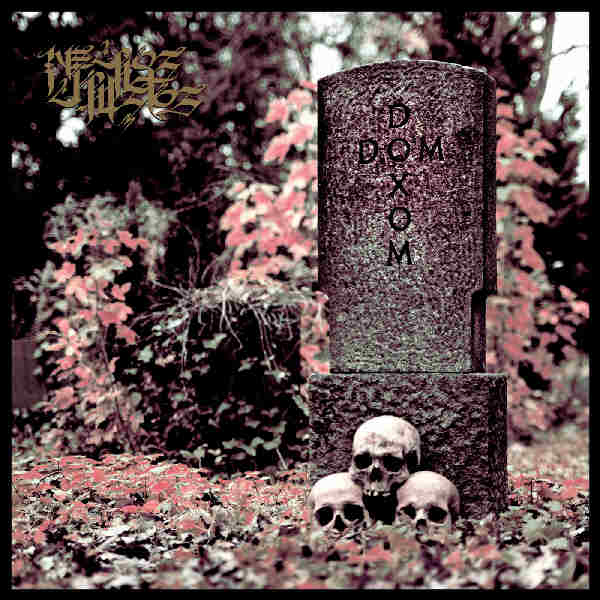 The dead christ is finally back with the last offering. A cycle is closed. “Domedon Doxomedon“ is the title of the new album, and as enchanting the title may be, the more is the music itself. Starting with a brilliant introduction or better yet…temple, the band already shows how the path once started, will continue and end in the same way, same concept, better song writing and so on, using the title as fantastic mantra, overlapped by liturgies of Mors Dalos Ra for the last mass. The album is an almost 2 hours long epic monumental statement of one of the most interesting artists of the entire metal genre who have their own characteristic sound. Those 27 tracks are divided once again in temples, gates with in-between tracks with their own names. There are absolutely no fillers as every piece of music is mandatory to the whole. They made another step forward in terms of production. The very best of their career is mixed up and raised to a higher (spiritual) level. The previous EP „Nine Graves“ showed some other elements of Black Sabbathian riff-orgies into their sound, which where catchy on its own level, not losing the dark aura and the primordial power of their sound. Mors Dalos Ra still reigns supreme with his vocal style, I really can`t get tired of. The typical scales, rhythm patterns, vocal lines…everything is present again and put into perfection. The solos are not of this world, the groove is majestic and the choruses are really amongst the best. I can`t wait to hear everyone sing to those hits. Yes, hits, that`s what Necros Christos have created and not only on this album, but in their entire career they managed to make outstanding choruses which you can singalong and still be dark and brutal as fuck (or at least heavy). The instrumental tracks are again versatile with acoustic guitars, exotic instruments, piano, chants, drones..everything that creates otherworldly music of biblical proportions. You`ll find some of the exotic elements during the songs too and lift the song into higher spheres of creativity. This is not metal, this is world music of metal of death with a really dark matter which shows the light in the dark when you think life has ceased to exist. Everything on this album is bigger than ever; the sound, the rhythms, the lines, the riffs, the leads, the lyrics, the length of the songs, the amount of songs, EVERYTHING. The info sheet mentions influences caught from bands like Morbid Angel, Candlemass, Metallica and they are right, you can find some things in their sound, all incorporated, all invocated into their corpses to transcendent in a morbid way only Necros Christos are able to do. The smoke of fire, the smell of incense shall be once more a final testament of how Black/Death can be on epic proportions with outstanding musicianship and song writing. Bow done to your masters. Domedon Doxomedon…The dead shall sing their songs. Amen. (DPF)