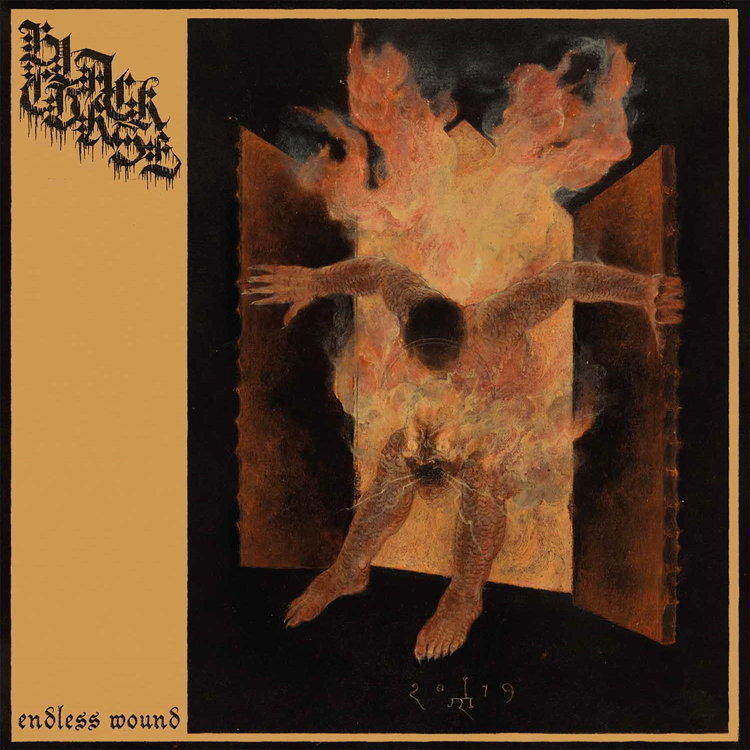 Back in 2019, the organizers of the Danish underground festival Kill Town Death Fest announced an obscure band from Denver (Colorado, USA) that went by the name Black Curse. Some information was unveiled, but not too much – I would say enough information to keep us all guessing what surprise was going to be included in their usually amazing festival line-up.

But the mere fact the band was from Denver and was a good fit for KTDF was already something to look forward to. Besides their origin, we all knew their upcoming debut album was to be played in its entirety on what would also be their debut performance. So, the day arrived and everyone in the attendance was anxious to see/hear what kind of beast was about to be unleashed on stage, and… total annihilation! The four members from acts like Blood Incantation, Spectral Voice, Khemmis and Primitive Man were about to prove why Denver became so important in the map of the underground Death Metal. After a chaotic performance that left everyone in awe, the rush to the merchandise table was another scene from hell, with everyone trying to get a physical musical sample of the tumultuous downward spiral trip to Hell that had just finished on the festival’s secondary stage.

And, after a few months of agony waiting for the whole product to be out for grabs, Sepulchral Voice Records finally announced the release of Black Curse’s debut album on CD and vinyl. If the mere mention of who Black Curse really are is not enough to get you to buy the record (and, if not, I sincerely don’t know if you’re really into the underground Death Metal scene at all), then just listening to the whole thing will make your head spin into the pandemonium created by the band’s music, throughout their seven perfectly crafted songs. Ready to be digitally bought and listened to at the label’s Bandcamp page or physically at their webstore. Don’t miss this! (Antonio)