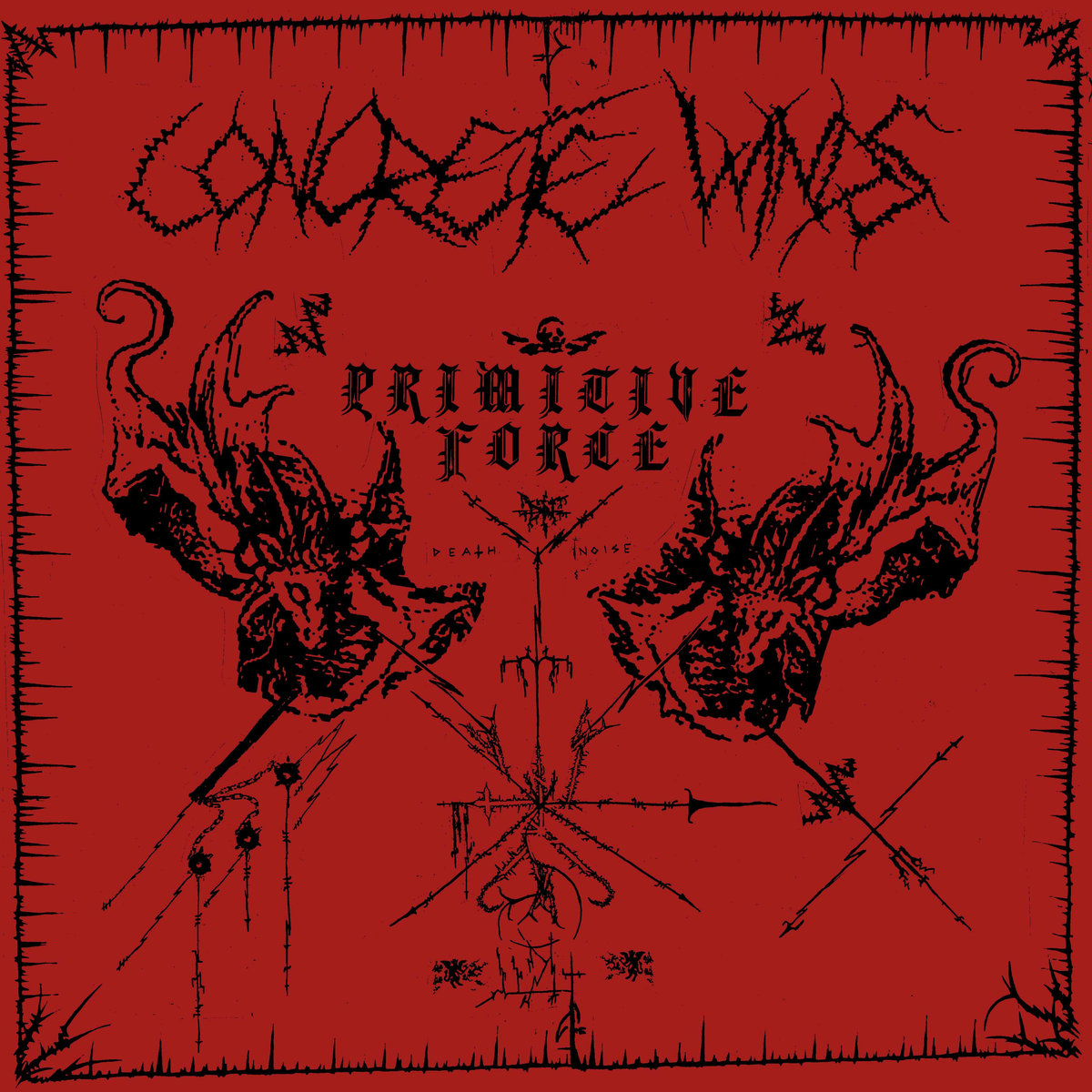 After the split-up/demise of Finnish Death Metal band Vorum, members P.J. and Mikko formed a new band, Concrete Winds. Still heavily Death Metal orientated, Concrete Winds venture into an entirely different realm as the music has become far more brutal, faster and savage, quite chaotic in a positive way and even crossing the boundaries with the bestial Black/Death/War metal genre.

It’s still Death Metal but with a constant barrage of thunderous blastbeats, the guitars shred and relentlessly pulsate razorsharp riffs, producing ripping solos full of frenzy and sandpaper tremelo picking, the pounding bass is a pulsating jackhammer and the vicious vocals are as rabid and bloodthirsty as on the old Bestial Warlust, to name but one example.

The overall sound is plain fucking loud and rather well produced to match this sonic violence. The entire album emanates a ‘fuck off’ mentality. Concrete Winds plug in their instruments and simply start shredding. That’s how it feels. “Primitive Force”is a tornado of unbridled violence. Just listen to songs such as “Infant Gallow”, “Sulphuric Upheaval”, “Tyrant Pulse”, “Volcanic Turmoil”, “Angelic Laceration or “Death Transmission”. Most of the songs aren’t longer than 2 minutes and the album clocks out at barely over 25 minutes, but let that not discourage you. Those 25 minutes of pure mayhem will leave you gasping for air.

It’s only fair to say that Concrete Winds have delivered a killer debut album. And in my opinion, “Primitive Force is a total masterpiece of devastating raw Death Metal. I’m already looking forward to their next efforts. Listen to the album yourself and prove me wrong. And make sure the paramedics are on standby. (LV)