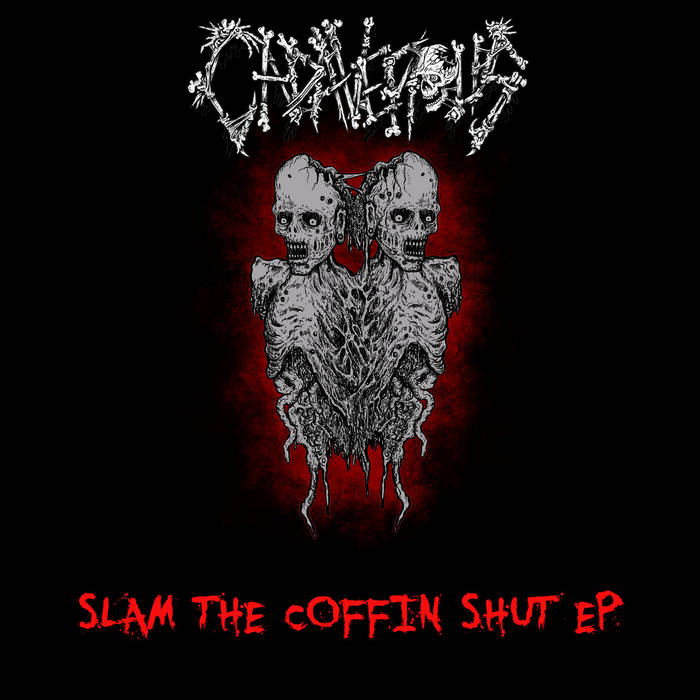 At the ass-end of last year this American Death Metal band digitally released their first 3-track EP, which was put to cassette tape by Frozen Screams Imprint a few months later and saw the light early this year.

But perhaps they would have been better off calling this a demo, as the sound quality leaves quite a lot to be desired. The flat production gives no depth and the guitars sound thin and lifeless. It’s mainly the drums and vocals that you hear, but they also sound just as flat and devoid of character and texture. The only time the guitar comes through the mix is when a solo is played, but then again these are so uninspired, they would have been better off tucking them away a bit more in the mix. Is it all doom and gloom? No, not quite, there are some nice ideas on this heavily mid-period Cannibal Corpse-inspired EP, but it is also really clear that the band still needs to invest a lot in song writing but especially in their sound. I read that vocalist/guitarist Jesse Curtis took care of the production and mix himself, I think they’d better save up and get a professional in.