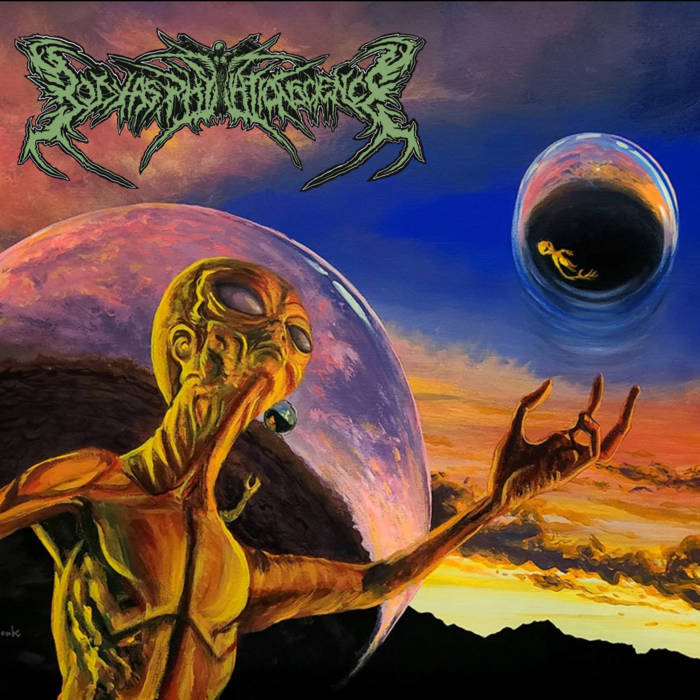 While the artwork might raise an eyebrow, it is not inconceivable that the musical content might do the same, but for very different reasons. The technical and spacey sounding Death Metal definitely brings something different to the downtrodden paths of the genre. Despite the fact that many bands these days seem to have increasingly different perceptions and regularly include themes such as nature protection and social equality, the majority of Black Metal and Death Metal bands still draw on the same generations-old themes. All the more interesting is a band that takes a different path both visually and musically, although not the first of its kind, Body Asphyxiation Science is among the best from this niche scene.

Once again, the music is forged together in a particularly dynamic way, from super-fast passages to calmer and spacey bits that then erupt into brutal violence again. Both the guitar sound and that of the drums give a very nice open structure to the atmosphere in the music, also those dynamics and speed eruptions come across so incredibly well. To top it off, everything is provided with very well-fitting vocals on which there seems to be a slight delay-like effect.

With pretty much only cassette tape releases, I think the time is ripe for the band to be picked up by a good label for a decent release on vinyl and perhaps a collected work on CD as well. After all, I do see lesser quality releases coming by…