Desolation [SWE] – Screams of the Undead 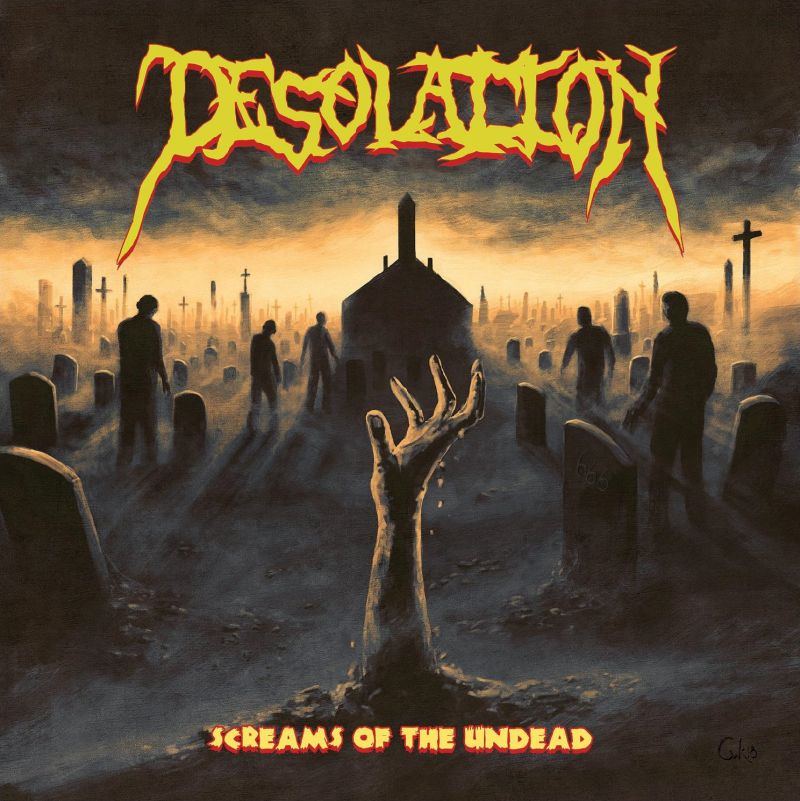 Many bands with the moniker “Desolation” out there, all over the globe, but this one is the Swedish one, not the Speed Metal version but the Death Metal version and already started back in 1990. In the four years of their first era they have released a demo called “Church of Sin” in 1993 and dissolve in 1994. After the rebirth in 2014 Desolation 2 demos and 1 full length prior to this second album “Screams of the Undead”.

The veterans are presenting Old School Death Metal, the Swedish way (song writing wise as it is not 100% the pure all crunchy and crushing buzzsaw sound) with a focus more towards melody than brutality so the (late) Dismember influences cannot be ignored. A nice listen for sure as Desolation plays their Old School Death Metal in an unadulterated way but I’m afraid the competition is a bit too strong to get firmly noticed between all the acts. (Ricardo)