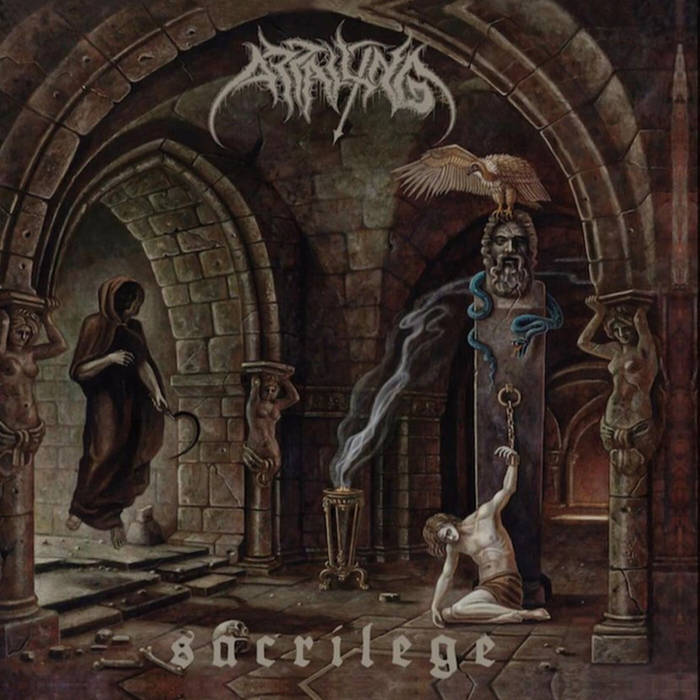 Last year saw the unleashing of ‘Sacrilege’, the third studio album from Richmond, Virginia based Black/Death Metal tyrants Appalling. The album was put out through Personal Records on CD and sets a blistering pace for the entirety of the album. Appalling lack for finesse and don’t offer much in the way of creative diversity. Where the band comes into their element is through creating a sound of total domination that relies heavily on blast beats to accelerate their pace through the nine tracks on offer, and from the base the band add rampaging, blackened riffs and colder, steel laden guitar rhythms and sturdy bass tones in order to unleash an unrelenting cacophony of barbaric heathen sounds. The vocals are equally as powerful and corrupting, and despite the bands non nonsense one track minded style, they do fully commit to this marauding and harrowing onslaught with full energy. I’m not minded to enjoy an album that lacks variation, it just doesn’t appeal to my tastes; however, track four entitled ‘Unwavering Feeling of Dread and Despair’ is the stand out with its more cautious pace and feral countenance. Whilst this isn’t an album that appeals to my personal taste, the aggression and dexterity with which Appalling battle through it are both worthy of admiration and respect.