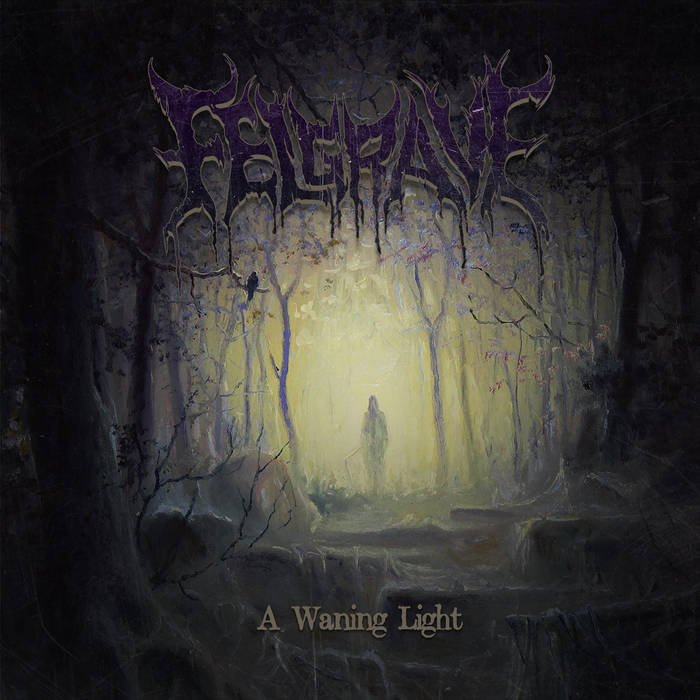 A debut album from Viken in Norway. ‘A Waning Light’ was originally a digital only release back in 2020, but then in early 2021 was picked up by Personal Records for a CD offering. The band in question are Death/Doom Metal one man project Felgrave, and the artwork for this album is satisfyingly atmospheric. As is the album itself in truth; a slow, highly melodic and oppressively bleak opus packed with cold tremolo picking that soars high, and a riff style that crashes down low. And all the while a pulsating bass tone throbs like an adrenaline filled vein, and guttural growls sound out of the repetitive, overwhelming gloom. Played out over four lengthy tracks plus an interlude, ‘A Waning Light’ is a decently performed album but it lacks a real spark of creativity, as well as being somewhat half hearted in terms of the atmosphere it tries to create or the heaviness it should definitely give off. Still, a decent album on the whole, though rather plodding and uninspiring.