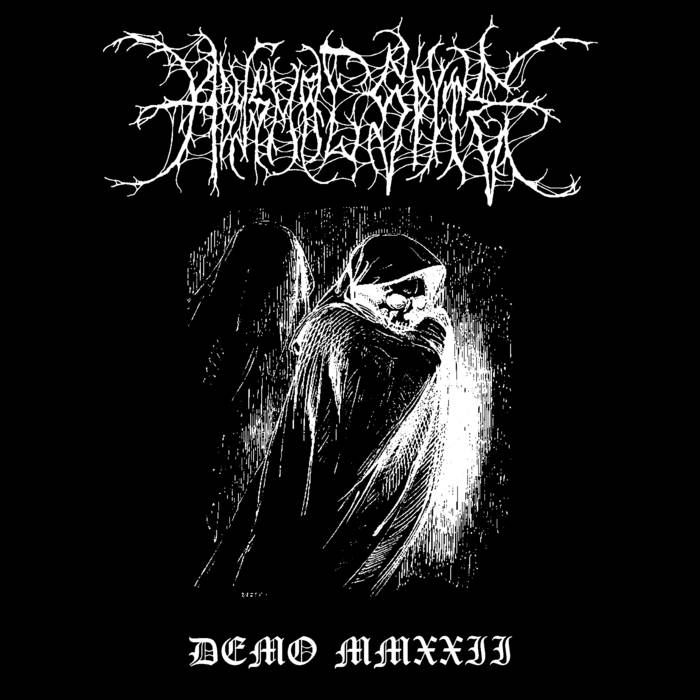 With ‘Demo MMXXII’ this American Black Metal duo releases their first feat under their collective name of Abysmal Spite. On this firstling Antaeus is responsible for all the instrumentation and Loth for the vocals. The latter is a multi-instrumentalist too and released quite an extensive discography with several other bands and projects (Cephalocult, Litchwight and Lolth among others) – and, I assume, is also the person behind Cult Of Oblivion Records.

On this first demo, the pair perform two songs with a playing time of barely seven minutes. Both songs are very much in line with each other, bringing somewhat simple Black Metal in which repetitive riffs and up-tempo (not ultra-fast though) drums form the basis. Lolth’s raspy vocals occasionally remind me of Finnish Black Metal, but the riffs are a bit too clean to go for a full-fledged Finnish sound. The demo is recorded pretty well, by the way; the reasonably clean production gives enough space for all the instruments but is at the same time raw enough to offer the right texture and atmospheric accents. That space is also put to full use with the application of interesting dynamics, for instance, the band regularly takes a step back in pace and offers space for some tastefully placed atmospheric pieces. The demo is short but powerful and inspires enough confidence for future work. The physical copy of this demo tape has only been released in five copies, so if the enthusiasts among you miss out on it, the digital one is always available.