Styggelse – Offenders of the Faith 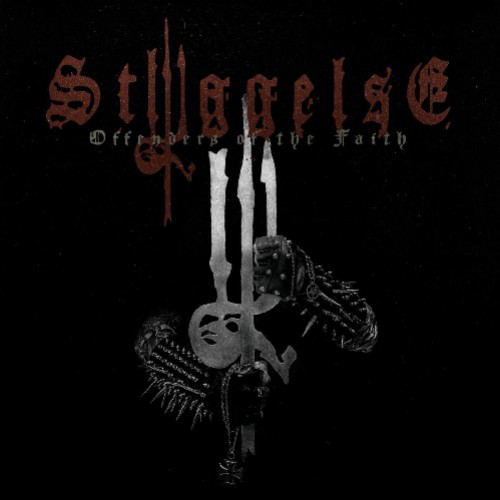 Styggelse is Swedish for “Abomination”. The quintet have released their third album “Offenders of the Faith” through Iron Fist Productions.

“Offenders of the Faith” is a big middle finger to modern metal. Playing heavy rock ‘n roll layered with Thrash and Black Metal riffs, its a wonder that Styggelse doesn’t claim to play the oft used “Black ‘N Roll”. Taking musical influence in equal parts from Motörhead, Sodom and Celtic Frost, the songs on their 3rd full length are rooted in the old ways of metal and thus nothing much new is offered. This is not entirely a bad thing, except there are a vast number of bands doing the exact same thing. Styggelse stands a bit out from the run of the mill by having comical tongue-in-cheek song titles and lyrics such as “I hate all this new shit” and “Cry me a fucking river.” Paired with their Motörhead-esque hooks and Thrash speeds, they come out more along the black lines of Carpathian Forest and newer Darkthrone. I just wish some of their songs had a bit more variance to them, several songs on “Offenders of the Faith” are very similar in song structure and speed.

Coincidently, Bitchhammer, who play a similar style of black/thrash also released an album of the exact same name, one month prior to Styggelse, which I will use as evidence that there are just way too many fucking throwback bands in the underground ocean right now. Maybe Styggelse is one of the sharks waiting to swallow the rest? I don’t know, you fucking tell me. (Ted Gloom)