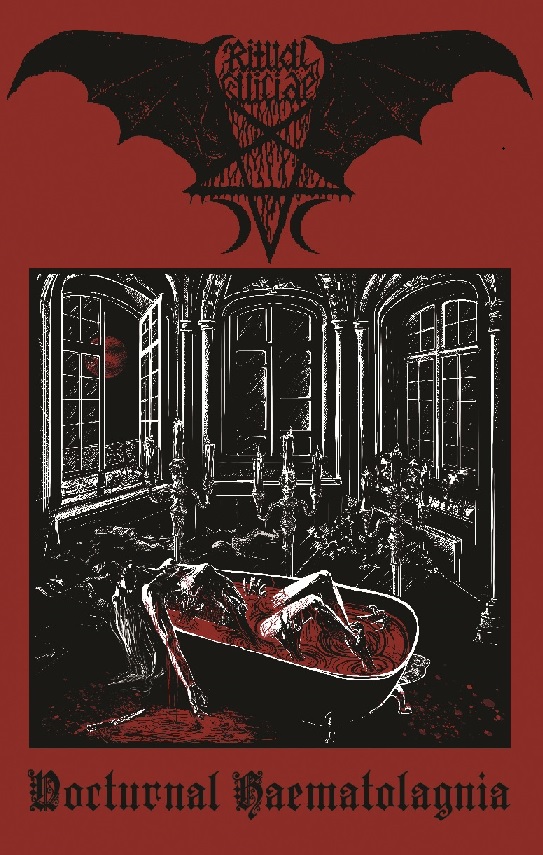 A post-mortem release by Ritual Suicide, as the Ukraine entity have split up back in 2019, so you’re reading about their final release up to date. Described as a cult, as the actual member(s) remain a mystery, Ritual Suicide has crafted 5 demos and 2 full-lengths prior to this release, spawned upon mankind in limited cassette or vinyl versions by underground labels like Black Gangrene Productions, Forever Plagued Records and Parasyte Curse for the purists among us.

With a bleak Vampyric sound the Black Metal presented on “Nocturnal Haematolagnia” is both raw and Old School and has similarities with both the French 90’s scene as well as the unpolished Nordic one; Vlad Tepes mixed with Darkthrone / Judas Iscariot.