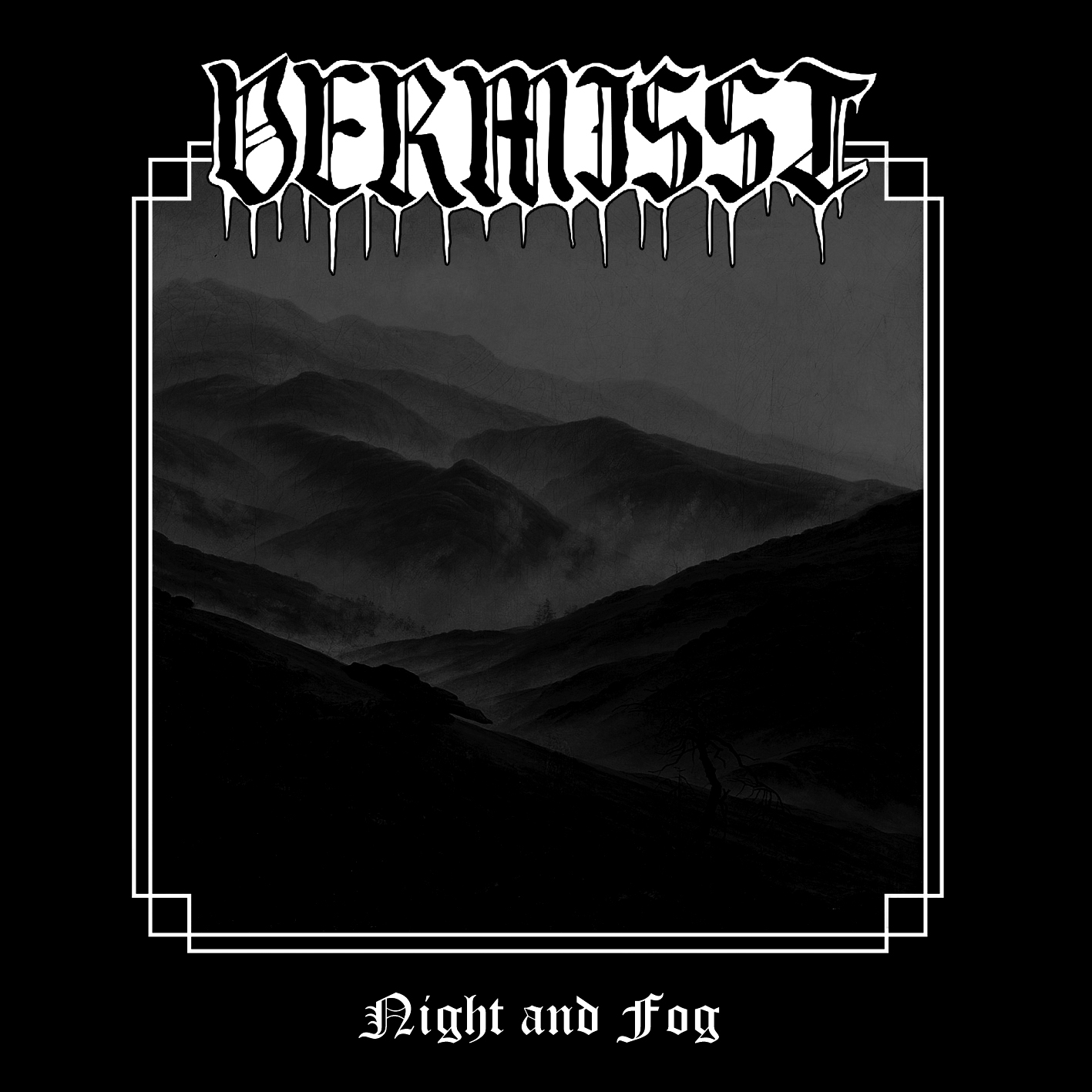 Polish Black Metal band Vermisst has been around for a while and already has quite a discography, a handful of demos and (split) EPs via various underground labels, however, this is only their first full-length album. What stands out in their previous work is that they are pretty steady in style, this determined vision has already earned them quite a few rave reviews. With that in mind, a radical change in style is not to be expected.

On ‘Night And Fog’ (one of the few releases with an English title), Vermisst sounds very familiar indeed. The duo (although extended to a trio in the meantime) melts the best elements from Norwegian and Eastern European Black Metal together into an organic whole that sounds atmospheric and conjuring. The simple, slow to mid-tempo drums create a hypnotic atmosphere that forms the basis for the slightly shrill guitar sound. The icy screams and the moody keyboards/piano tucked away in the background provide the finishing touch to the atmosphere. It never sounds forced, but seems to flow naturally from the musical pen of these Poles. Everything breathes a very natural and authentic 90’s feeling. Of course, you cannot call it progressive or original, but it is played with passion and skill. The atmosphere on ‘Night And Fog’ feels very pure and makes up for what it may lack in originality. Fans of bands such as Forest, Bilskirnir, mid-period Burzum, Kvist or early Manes, Dimmu Borgir and Satyricon should be encouraged to check this out. As far as I am concerned, the band delivers a pretty convincing debut album. (FelixS)