Into Coffin – The Majestic Supremacy of Cosmic Chaos [EP] 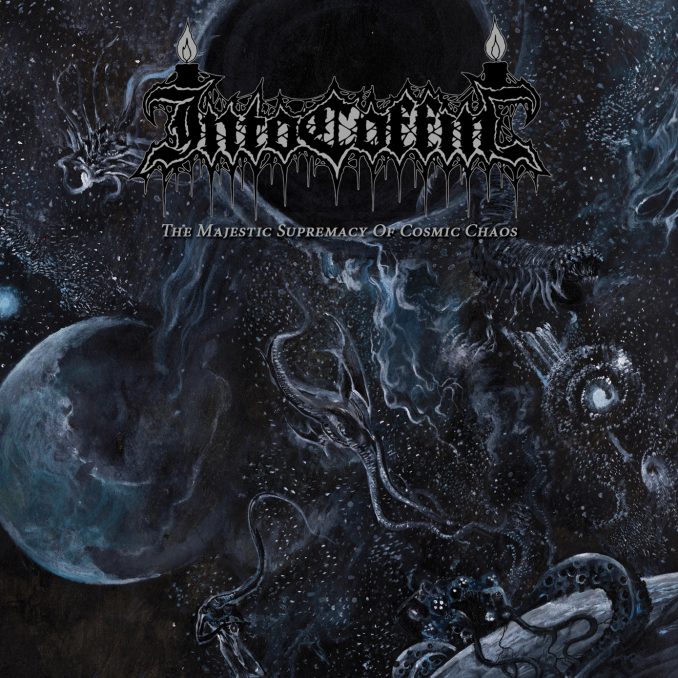 Into Coffin from Germany are building up a reputation within the underground quickly. Founded in 2015 and released a demo, a full-length and an EP in a couple of years. The “The Majestic Supremacy of Cosmic Chaos” is once again filled with murky (yet accessible) Doom/Death dealing with the Occult of H.P.Lovecraft. Lugubrious terror from dark vaults as you will hear the influence of Winter and Disembowelment during the slow and up-tempo parts of their horrific musical excesses. Quite a good listen because of the atmosphere, the sound and the variation during the +12 minutes of each track. (Ricardo)