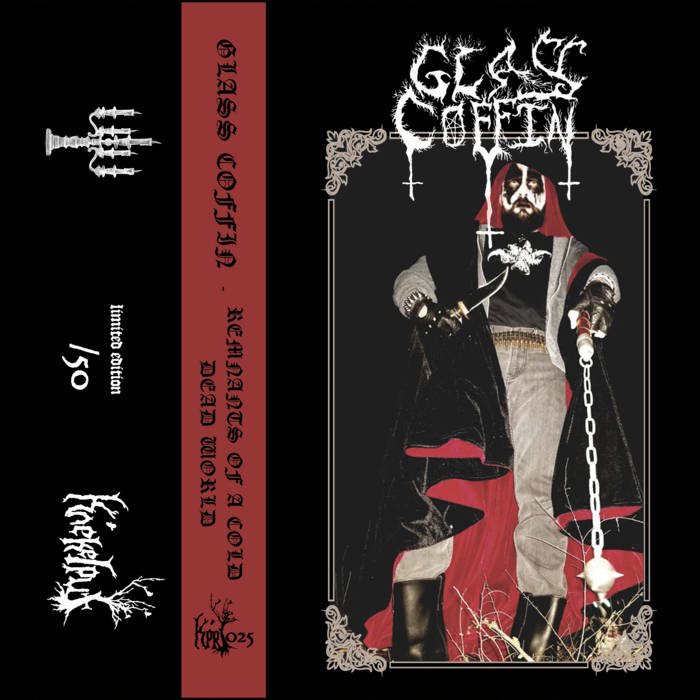 2020, despite the well known pandemic situation, has been a full year, for Mr. JL of Glass Coffin. 1 EP and 2 Compilation, plus the re-release of his first album – “Remanants…” – through the Dutch label, Knekelput. On a side note: these Dutch mates (assuming it’s more than one) are going at it really strong, and in less than a year have put out impressive releases. In case you haven’t check them yet… do it.

Back to the Lexington, Kentucky, based musician that has been at war with the World since 2009, spreading blasphemy and hatred. Punkish, Raw Ambient, Black Metal, fast and mid-paced tracks – even Doom elements he mixes in – he grasps a bit of everything in this wider sphere that is Black Metal. And what could be the issue in “being everywhere”? To put it simply: one is not able – or it is harder – to build an identity. Pick A from here, B from there, C from over there. D’you know what I mean? He has some fine moments, I will give him that.

Generally speaking, his Black Metal is nice, nothing extraordinary nor superb, but enjoyable. Despite being around for as long as he has, he hasn’t been able, so far, of making a name and positioning himself on a higher level of recognisable Black Metal acts. Yes, the fact that your name is not a massively known one, does not extract a bit of quality to your music, I know. What do I extract from Glass Coffin’s 1st album? As aforementioned, he does go to various lines of Black Metal, he does present us a diverse Black Metal record, but maybe it is that diversity that does not allow him to start building an identity, craft a sound he is known for.

Maybe it’s just me, maybe I aim too high. Give it a go, you might hear something I did not. (DanielP)