Panzerwar – Lost in the Confines of Absolute Hatred 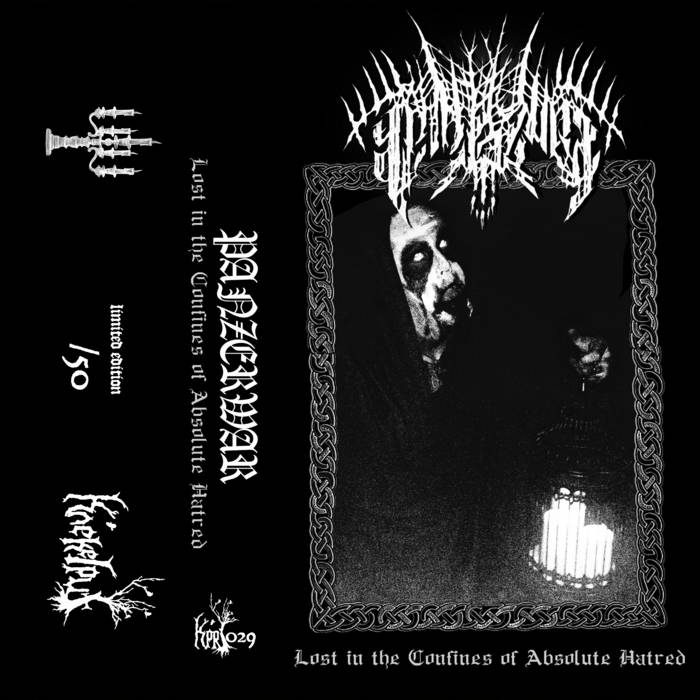 Canada has always been a force to consider, in terms of Black Metal. No need to refer Blasphemy, as we all are aware of the significance of said band to the Canadian – and worldwide – Black Metal scene, but it is with pleasure that I see the Canadians are taking the genres towards separated directions.

Away from the War / Bestial Black Metal, or the more Depressive and Gloomy sounds of a diverse faction of said scene, Panzerwar rises to celebrate his visions of the sound. Sarpsborg, Viken, is the birthplace of the project, but later on it moved to Calgary, Alberta, sole composer, Gautaz, brings forth frozen hymns of War. Sargeist, Bathory, Swordmaster, and Austrian composer Gustav Mahler are the influences pointed out by the musician, and in the end one leaves the Hall and onwards to battle we fly! Sort of a warlike epic poem of some sort.

But, we do have moments of peace and quiet. And that is the detail that I enjoyed the most in Gautaz’s work, his ability to “play around” with these two antagonist mindsets, in order to paint this soothing, yet aggressive, set of tunes.

It is an pleasant listen, a manifesto of Black Metal from the frozen vast lands of Canada. To Battle we March, my Friends! (DanielP)