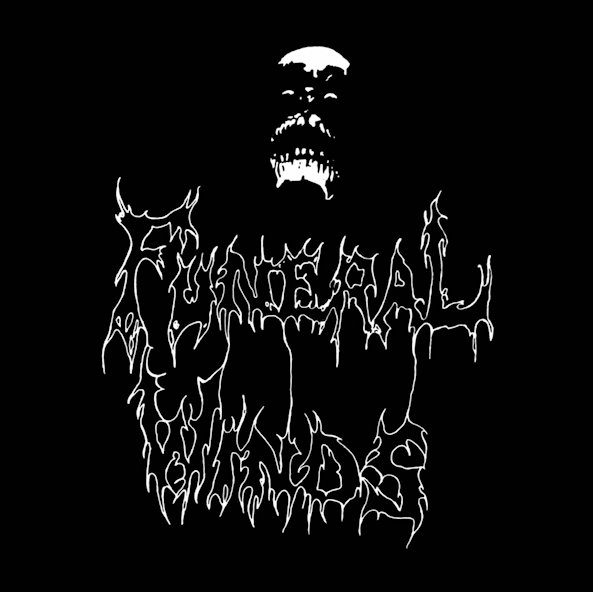 The days of tape trading were an exciting time to say the very fucking least. You usually never knew, especially in the early days, what most of the bands would sound like. Some were gems, some not. It still helped introduce a lot of maniacs to new bands whether good or bad.

My first introduction to Funeral Winds was through a trade. It was the ’93 demo “La Majeste Infernale”. I was floored. Raw and filthy Black Metal coming from the Netherlands, not exactly a hotbed at all for such musick, for me was quite exotic. Soon after, i tracked down the first demo simply titled, ” Reh/demo”. The rehearsal actually has good sound, a problem with many rehearsals is horrible sound. This has a certain minimalistic charm to it with the odd ambience/atmosphere of the recording.

If i were asked where to start with Funeral Winds, I’d have to say this cd (for those unfamiliar with them, of corpse). Any fan knows they have progressed quite a fucking bit, but I’ve always felt if you find a band years after they started putting out releases, you should start at the root. It gives you a better grasp of where they started both musically and lyrically and where they have taken it on a very long journey.

You either win or lose and Funeral Winds won for sure. Check out my review of their latest album “Sinister Creed”. Personally, i think if you love early 90’s raw, well written Black Metal withe dead vicious vocals, you cant go wrong with this damn killer release. It’s a shame it took this long for a label to step up and release this gem of Black Metal history. Kuduse to Necromanteion for doing so.

You get both demos plus a live track recorded back then off the soundboard with kick ass sound. You also get an unreleased track recorded at the same session for the “Godslayer Xul” album and features the last song with Gorgoroth on vocals.