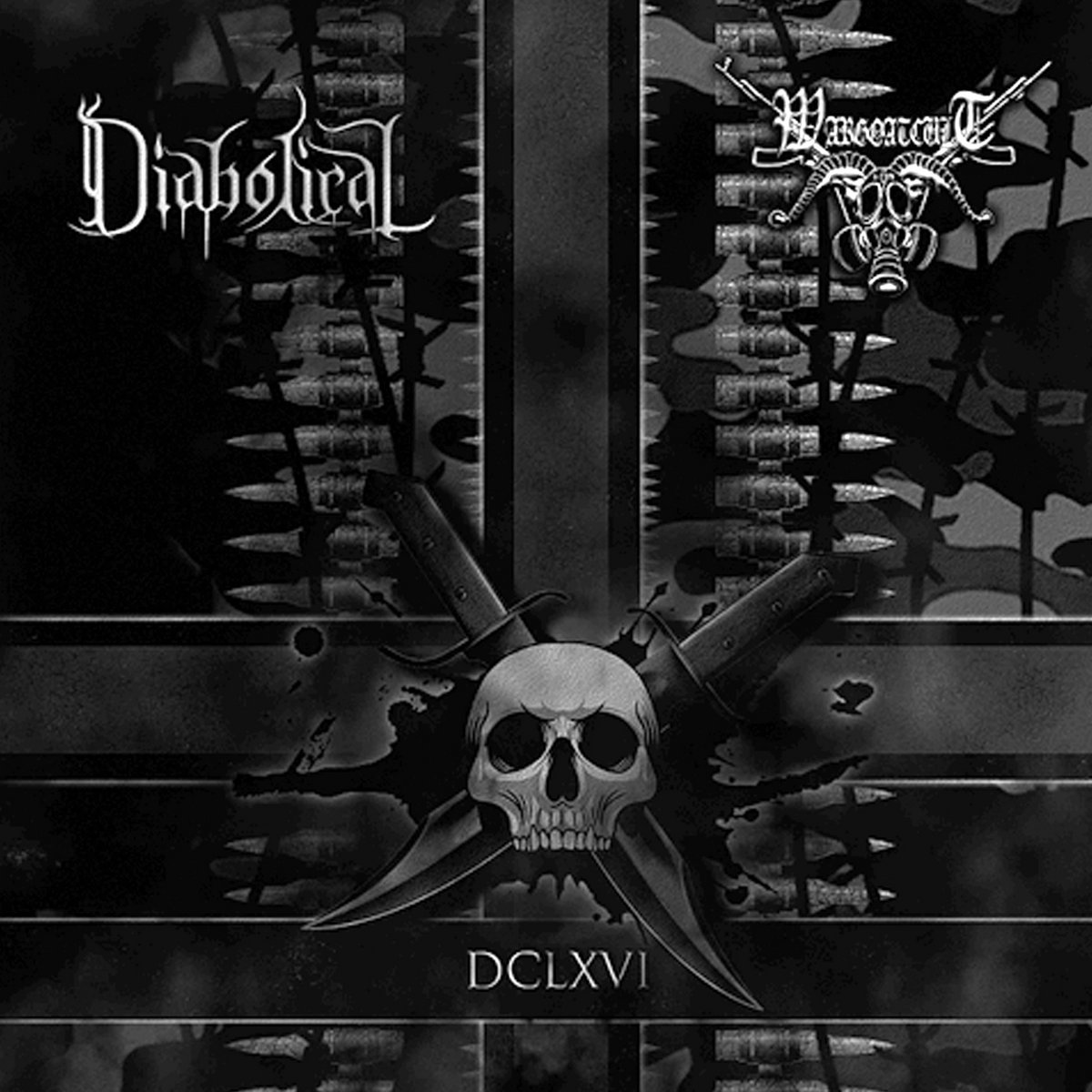 Two War Metal bands unite on this release: Wargoatcult from Spain and Diabolical from Indonesia.

Wargoatcult, represented with 5 tracks are best-known, having released a considerable number of recordings. As usual you get immersed by a tsunami of molten lava – the music is quite unique with its peculiar “clean” guitar(?) sound which is never too hard in the mix, the coarse vocals of Necrotomb and the amazing blast beat drumming, full of fills and rolls.

Some claim Wargoatcult sound too synthetic. Turn up the volume and you’ll witness how the guitars simply ooze into the room.

Diabolical from Indonesia, who have 3 tracks on this split, play fast, chaotic and militant War Metal with churning guitars, insane octopus drumming and screamed maniacal vocals. At least – this is how the message is received. The low end is much heavier than on their “Hooligans Regiment of Terror” demo and the rest of the instruments sound a great deal more vivid and meatier on this split. Still – Diabolical seem to draw a lot of influences from Grindcore, even Hardcore.  Maybe it’s the a-typical vocals, I don’t know. Their music leaves behind a distinct 1980s D.R.I. feeling. The band is also featured on a number of split releases with Blasphmachine, Dethroned and most recent – a split with Triumphator, Blastodest and Sereignos.

Worth checking out. (LCF)