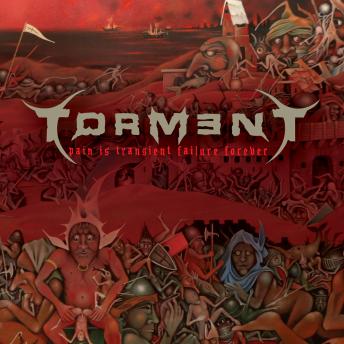 Out of Belgium, I received the second album from Torment titled “Pain is transient, failure forever” released on the Diabolical Constellation record label. Their debut album was released way back in 2005 (“Forgive the Ignorant”), so it took them six years to come up with the follower. But man, what a very good album, it was worth the waiting!

Death metal with industrial and atmospheric aspects in it, great blast beats mixed with slow conspicuous parts and a quiet mechanical drum sound, that’s about the summary of this album. Definitely give this album the time to grow and nestle itself into your brains, because it’s a killer! Fans of Immolation and Morbid angel will dig this, but Torment has got a own identity that is unique. (Fredde)