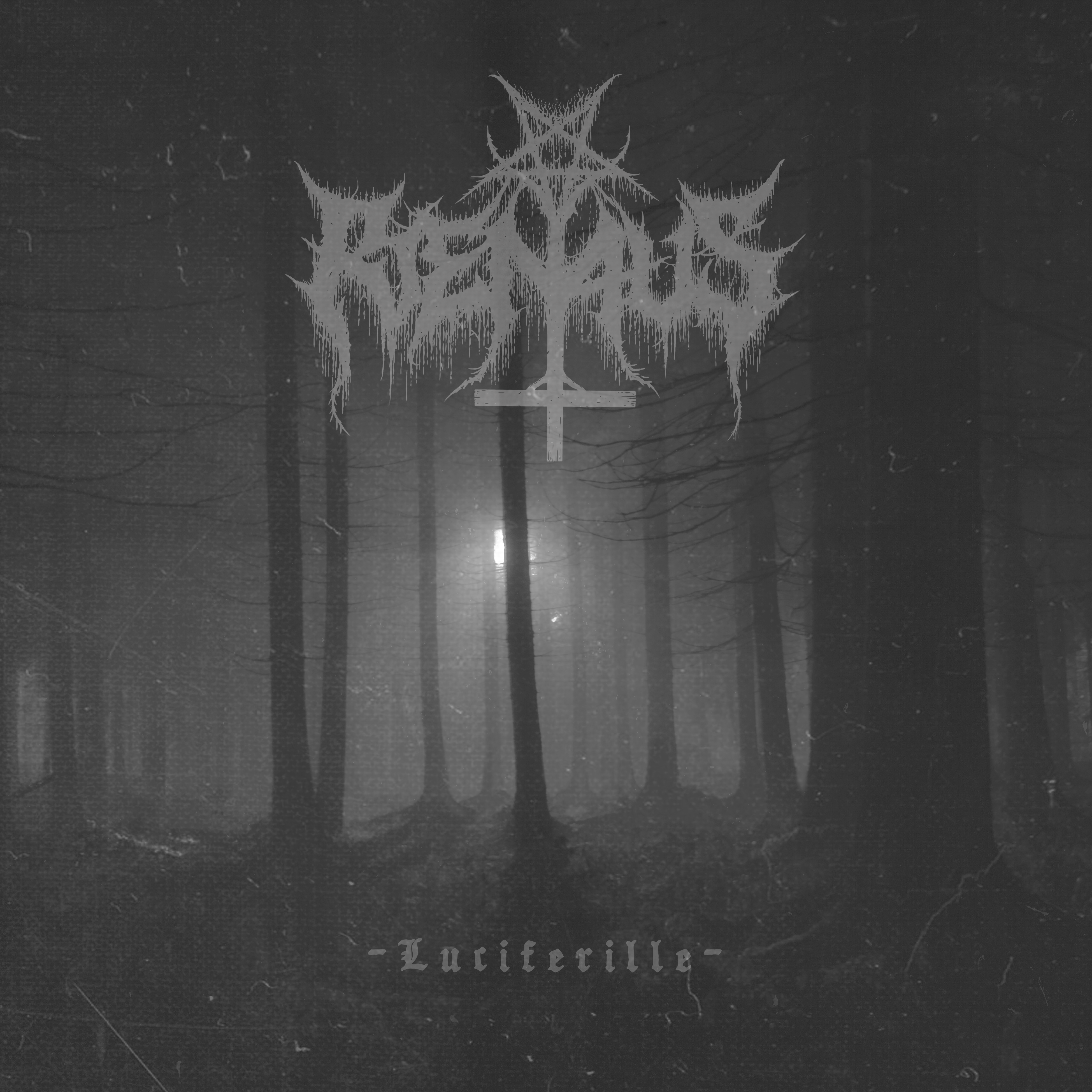 The Finnish word Rienaus literally translates to blasphemy, so in a way it’s not surprising that through the years more than one Finnish band has used this band name. The band in question here is the Espoo-based Rienaus that was formed in 2009 by Mavrofos, who is also a member of the legendary Azazel. In the early days Rienaus was a solo project, during which the band released three demos. Since then, others have joined Mavrofos who still does vocals and plays most instruments except for the drums on the albums. With varying line-ups the band recorded their debut full-length in 2014, quickly followed by a live album in 2015 and their sophomore album in 2017. After a split with Wakboth in 2019, the wait has been for another album to appear. This has finally happened in 2022 with the release of ‘Luciferille’ through Kvlt Records.

Their previous album, ‘Saatanalle’, is best described as typical Finnish Black Metal in the vein of Horna, Behexen and Sargeist. Once you’ve heard the first riffs of the track ‘Uhrattavaksi Siunattu’ it’s immediately clear that on ‘Luciferille’ not a whole lot has changed. Even the production is very similar to the previous album, which is a good thing as it’s clear yet raw and allows every single instrument to shine. As such, the typical melancholic riffs that we know and love in Finnish Black Metal sit nicely on top without overdoing the melody. You can easily follow them, whether the background is a grooving section or a more up-tempo blasting piece. This has always set the Finnish sound apart, and as such, Rienaus is an excellent disciple of the Finnish Black Metal sound. The music is far from groundbreaking but played at an excellent level with interesting songwriting. Some personal favorites include ‘Kuilu’, ‘Saatanan Valtakunnassa’ which has some excellent play with tempos early on and ‘Äärellä Viimeisen Portin’ which is a bit more twisted with its background riffs, excellent drum patterns and almost too melodic extended solo riff. Above all, the material on the album is a perfect extension of the work on ‘Saatanalle’, and those that were eagerly awaiting more material from the band will be pleased with the outcome of the latest album.

The compositions on ‘Luciferille’ are not really original, but that’s not important at all. The songs are of high quality and catchy as hell, and basically everything you are looking for if you can’t get enough of Finnish Black Metal in the vein of Horna and Sargeist. Though to me not quite on the same level of those bands, that is by no means a disqualification of Rienaus. I’m sure a lot of devoted fans of the Finnish Black Metal scene will love this record. (VincentP)