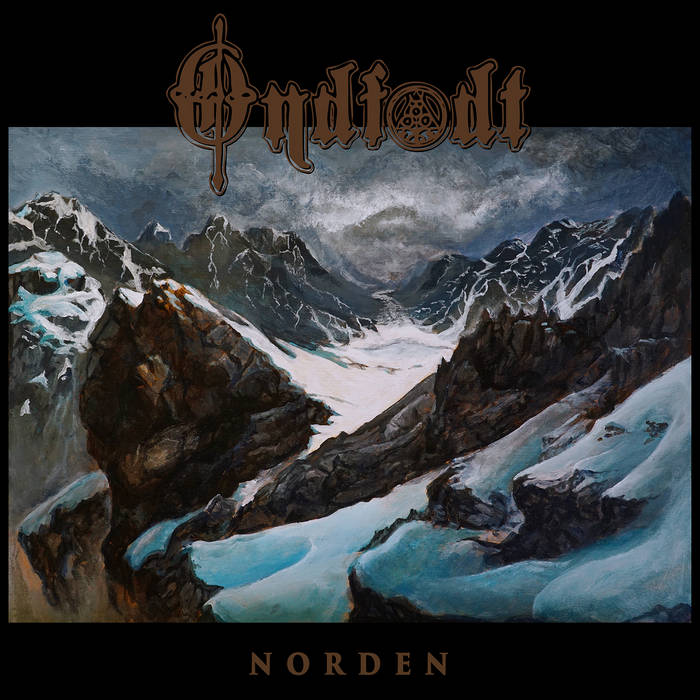 The Nordic-styled genre might be one of the most ‘popular’ subgenres within the Black Metal scene (with exception of some pathetic semi-commercial Pop-Black trends, which make me puke’n’vomit; but that’s another story). Nordic-oriented Black Metal has its origins within the Second Wave and somehow remained true to the roots of the ‘general’ Black Metal scene. Okay, there are several hands full of bands that try to suck out each single drop of (poisonous) blood, yet to my personal opinion, which is a very important one evidently, the better part of the international scene tries to stay true to the core of Sonic Evil.

Within quite a satisfying list of bands worth mentioning, appears Ondfødt for sure. It is one of the acts that include Owe Inborr – also known from the impressive Blackened Sludge / Punk / Crust band Dispyt, by the way. One thing that connects both these projects is their current label, being Flemish finest Immortal Frost Productions. It was this label’s owner S., by the way, who introduced me to both these two bands / projects.

Anyway, Ondfødt were born badly (the band’s moniker means something like ‘wrongly born’) about eight years ago by Owe and Mikael Kåll, and in the meantime they did record / release two fine albums, Hexkonst (2014) and Dödsrikets Kallelse (2019) (twice, evidently, via IFP). Oh yes, it isn’t but fair to mention their self-released untitled debut EP as well, which draw attention of Immortal Frost Productions immediately, resulting in the signing of a contract. This third one too gets released via the very same label. Norden was recorded after a turbulent period (it has to do with some of the former members, things that happened after the debut album especially, but that is not of importance right here), with, once again, a limited line-up (still including long-time member / guitar player Juuso Englund; on this album, Owe performs about all instruments, i.e. guitars + bass, drums + percussion, and lead vocals), and once again it got recorded at the notorious Wolfthrone Studio, the home studio of Owe.

And purely informative: besides the digital possibility to look after this material, there is a compact disc edition (1,000 copies), which include a twenty-page booklet with stunning artwork by Ronarg (a colleague of the label owner in the mighty formation Ars Veneficium, FYI) and cool lay-out provided by long-time collaborator WrathDesign (aka Marko ‘Kozelnik’). More limited, there are three different vinyl editions too, 12” format, with, of course, the very same intriguing artwork (333 copies in total, including an A2-sized poster). The lyrics are, like before, in Swedish (FYI: a part of Finland does have the Swedish language as official tongue; hey, I do sound like some wiki-wizard…) and deal with ancient legends and myths.

As from the very start, Norden somehow convinces, and this through the intriguing instrumental introduction Höstdröm. It’s a heroic hymn, guitar-based, including pounding, even tribal-sounding drum-work and a victorious Viking-like attitude. Yet as from Höstfurstin, Ondfødt march towards battle with one single goal: to conquer the enemy, leaving no enemies alive!

No, seriously, with this album, this band goes further on their path of fast, hard-hitting and high-energetic Black Metal, with, as mentioned before, a huge dose of Nordic-styled bravery. The whole is like a long-developed organism, where all individual elements are mingled into one convinced, natural entity. Whether an excerpt is blasting fast or decelerating, devastating or rather integer; the whole does sound so well-balanced: strings, drums + percussions, and voices. But somehow I do have the feeling that this album goes ‘deeper’ than before, for there is more in-depth atmosphere going on (personal note: even though I adore all former works, I think this is a great evolution). No, the band did not leave their path of skull-crushing intensity and overwhelming energy, but there is a more matured admission for sure.

Ondfødt once again succeed to add a very diversified approach on different levels: play, speed, atmosphere, and that appreciable balance in between epic melodies and merciless aggression. I did refer to the variation in tempo before. The better part is quite intense, varying from mid-tempo to quite fast, including several blasting eruptions and empowered artillery outbursts. The good thing behind this element is that it does not, never, sound as if these guys are exaggerating. No, the intensity surely remains organically reliable, conversant, solid. Once in a while, the band slows down too, without giving up the severity that characterizes the whole concept. Gifti Från Tadjin is a perfect example, with its not-that-fast approach, yet withholding power and persuasion. Cool to mention when talking about this sludging piece, by the way, is the fine guitar solo, done by no one else but ex-The Duskfall / Kvaen’s Jakob Björnfot. Or what about Mörkri, which includes that great Viking-like attitude.

And that too is a surplus: the well-thought mixture of Second Wave based conviction with elements and details, subtly injected, from same-minded sonic trends as Crust, Groove, Epic / Viking Metal, Black’n’Roll and timelessly constructed passages whatsoever. Take this whole concept with a professional sound quality, and you do have all ingredients to result in another aural satisfaction. That sound, by the way, well, the production is very decent, well-mixed and even-minded, lacking clinical extravagance, focusing on a certain rawness, a specific rough sound that adds a level of obscure and grim coldness. I cannot but mention the necrotic guitar-sound either, that chainsaw-alike roughness, interacting very well with the clean lead string-work.

Acoustic parts often are like ‘fillers’, yet that’s not true when talking about this album. On the contrary; the very few acoustic intermezzi have been composed (and performed, evidently), with eye for detail, fitting ingeniously within the whole adventurous journey. An example is higher mentioned track Höstfurstin, for example, which includes a truly magnificent acoustic excerpt, or Natten, giving this composition a hint of bathorian glory.

Owe and Juuso once again come up with an album that convinces on several levels. With Ondfødt, they sort of developed an own sound, a characteristic approach with a very distinct vision. This new album is like a next step within their permanent evolution. Okay, they do not reinvent the scene, yet this band rather exceeds the scene, if you get me. (Ivan “Concreteweb” Tibos)