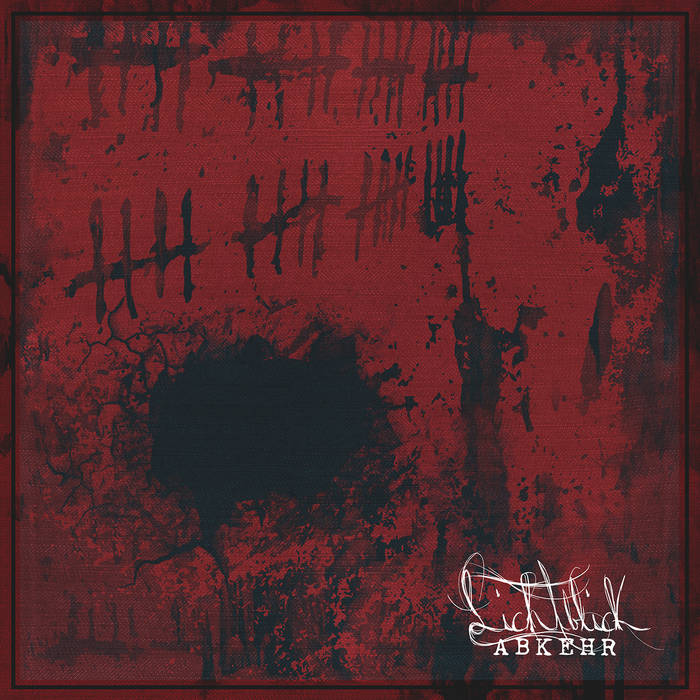 Lichtblick is German for ‘bright spot’, a symbol for hope, a brighter future. This is in stark contrast to the title of this second full-length from the Austrian band, ‘Abkehr’ meaning as much as ‘Disgust’. The title does fit well with what is on offer musically, pretty heavily digestible, pitch-black death worshipping Despressive Black Metal. That sort of contrasting and slightly schizophrenic tendency is no stranger to Black Metal any more, in recent years we saw bands like Lifelover and Happy Days pour their gloom over us, and far from unsuccessful.

So it is in that corner that we should look for Lichtblick, several layers of non-tremolo riffs forming an elongated soundscape over which singer (and drummer) A.’s death cries are spread. No frills like Lifelover or jazzy geekiness like Shining, but a truly serious-sounding disgust at everything that seems hopeful and sunny. The sound is downright superb, giving space to just those elements that are the driving force of the band. That force is mainly be found in the guitars that play the main role and come out excellently in the mix. While the drums have a modest role and are little more than the rhythmic heart, it is the icy vocals that are placed somewhat in the background, that gives ‘Abkehr’ a very unsettling feel.

While not being exactly the same, at some parts the music of Lichtblick remind me of Forgotten Tomb in terms of song writing. Sometimes they go from slow, lingering acoustics into massively deep holes in the form of the blackest guitar parts that easily pierce through your heart. It is those dynamics that I found so strangely appealing on Forgotten Tomb’s magnum opus, ‘Springtime Depression’. It is so unsettling and so dark, so twisted and ugly, yet it behold such imminent beauty. Though ‘Springtime Depression’ is yet to be surpassed by any band in the genre, I recognized some of that same beauty in ‘Abkehr’.