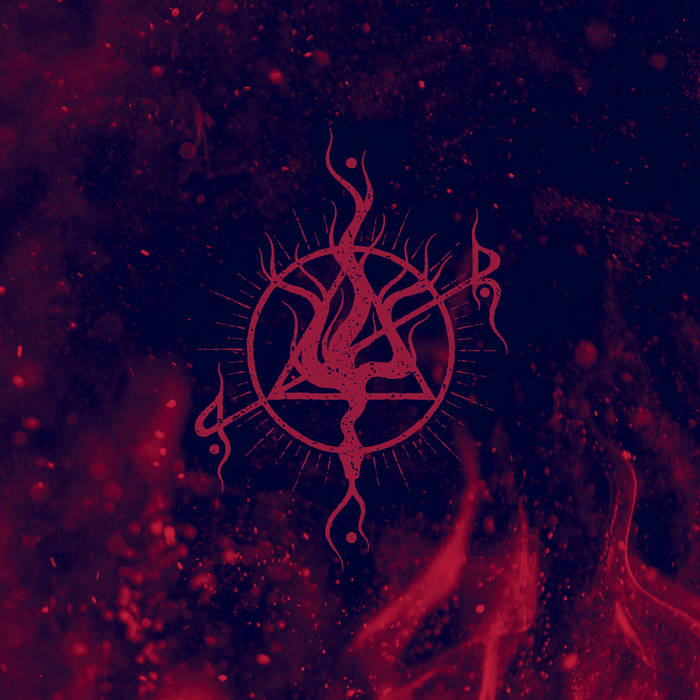 Founded in 2020, this Italian Black/Death Metal three-piece released a couple of digital singles in prelude to the official release of their self-titled debut EP through Belgian Immortal Frost Productions. Who had been listening to these three previously released singles will no surprised by this EP as it only offers one extra track in addition to the songs you’ve already heard, plus a two-minute intro. Still you’d be able to dive into the intended full product and get your hands on a physical release now, as it was released on both 12” vinyl and CD.

Pyra weaves a good portion of Black Metal through the foundation of Death Metal in quite a dark and compelling way, so that it fits well into the list of bands that popped up en masse a few years ago. The somewhat dissonant and non-standard sounding riffs are skillfully placed on the mid-tempo drums to create a rather suffocating and unsettling atmosphere. Despite the multiple musical ingredients this kind of music tends to get into rather one-dimensional territories and lacks depth and dynamics. Pyra tries to prevent this by using tempo changes and drum fills, which can be heard especially on the calmer passages. This does not work equally well at all times, but the basis of the good ideas can certainly be discerned. Basically, Pyra’s musical identity places them right along bands like Grave Miasma, Dead Congregation and Cruciamentum. That Pyra is not yet of that same level, is only a minor detail and for the most part forgivable, keeping in mind that we’re judging them only on their very first EP.

We are long past the stage where having female band members is a novelty that needs to be named. Or to be applauded, for that matter, as it should be the most natural thing in the world. Just like it is no longer necessary to mention that band members of colour are included in the line-up. Without wishing to argue about inclusiveness and political correctness, it is, in this case, of added value to mention that the band has two ladies in the ranks, because one of them has the role of vocalist and thus gives the music a distinctive vocal sound. This gives Pyra just that little extra thing that makes it different from the many other bands in this genre, which, frankly, is starting to get a little saturated.

While the band might not follow the most original musical recipe and they might not yet be the next big thing in the genre, the result is pretty convincing. Of course, there is still a few things that needs further balancing and developing, but it is fair to say that Pyra has all the right things going and it’s not given to all bands to come up with such a first product as this one.