Gurthang – Hearts Of The Hollow 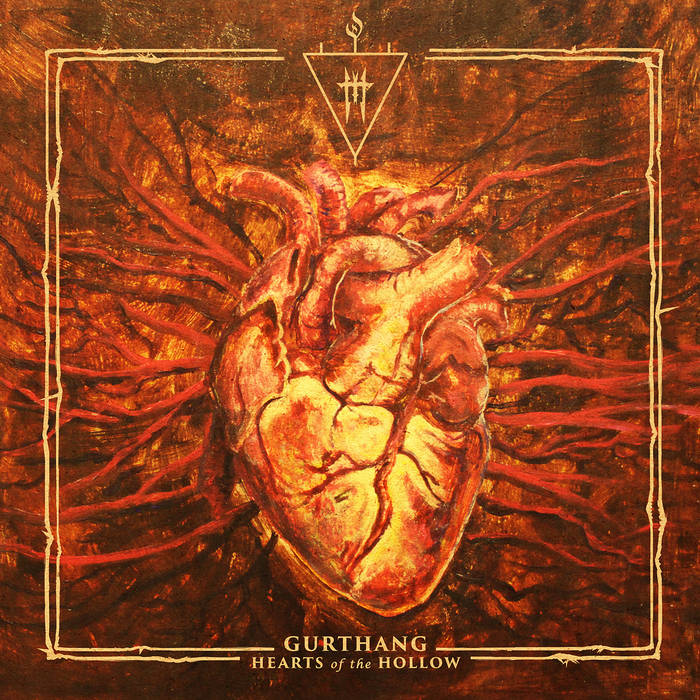 When I got this album to spend a few words on, I assumed the Belgium Gurthang had arisen from its grave. Which was not a strange idea, since this album got its release through the Belgian Immortal Frost Productions label, but in fact this is the Polish band with the same name. Though the official status of the band is unknown, the Belgian Gurthang seemed to have dissolved into nothingness some 15 years ago.

The Polish band has been founded in 2010 and were able to put out a respectable discography with ‘Hearts Of The Hollow’ being their seventh full-length album and 26th (!) release in total. Admittedly, I haven’t heard all of their material, but browsing through the band’s back catalogue and also taking VM-Underground’s chief editor Ricardo’s review in consideration, it seems that the band has taken quite a long run to reach the level of musicianship and especially song writing skills that they display on this latest album.

While ‘Hearts Of The Hollow’ is not the best album in the genre and Gurthang is not the best on the Immortal Frost Productions roster, it turned out to be a fairly decent album. It balances somewhere on the borders of Black Metal and Dark/Doom Metal, incorporating elements of all of these genres to forge them into a rather sinister piece of art. The darkness of the music is pushed further into obscurity by the whispered vocals (in a similar way that Norwegian (Funeral) Doom band Funeral uses on their later albums), which gives is quite a nasty ambience. Compared to the very first musical steps of Gurthang, by then still a solo endeavour of Krzysztof Ponieważ (here active as A.Z.V.), the huge step the band has made to this latest album. It sounds much more refined with a better balance in musical elements and especially its production gives ‘Hearts Of The Hollow’ a punchier and crisper sound.

Though I think the band delivered their best effort so far, I don’t think it will convince people who weren’t much into their previous work. For me, personally, it offered quite a refreshing break from all the more or less standard Black Metal and Death Metal releases that pass by my VM-Underground desk.