Liber Null – For Whom Is The Night 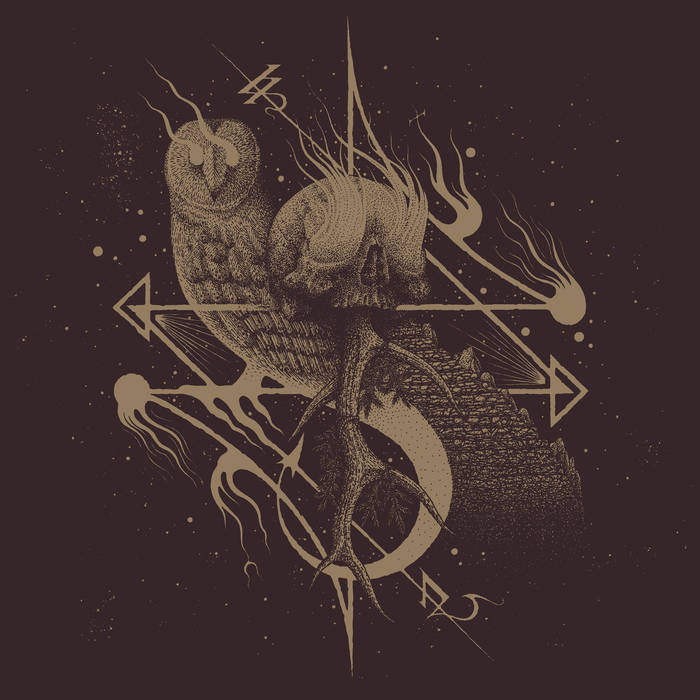 Liber Null, for those who are not familiar with the band, is another band that has one of Black Metal’s most prolific drummer in their ranks, Gionata Potenti. Here going under the name of Thorns, but also known for his current and former work in bands like Frostmoon Eclipse, Fides Inversa, Darvaza, Chaos Invocation, Macabre Omen, Acherontas, Deathrow amongst many others. Liber Null released their debut album in 2016 through Osmose Productions but they seemingly changed stables to the Belgium based Immortal Frost Productions, which is also home for Gionata’s Frostmoon Eclipse.

Musically Liber Null goes into some later Behemoth-like territories, blending some Death Metal tinged Black Metal with a strong ritualistic ambience. Repetitive tremolo picked guitars and the use of continual repeating drums form the basis and get topped off by a varied range of vocals, going from the more basic Black Metal sort of rasp to almost shamanic chanting. The repetitive nature of some of the songs do make for a incantatory experience, but the more standard fast-forward approach that Liber Null sports in other tracks gives it a nice dynamic character. If you are looking for a good example, where the core of the band comes out well, listen to the second and third tracks, ‘Hexenblood Vessel’ and ‘Grandreidh’ back to back. In it, you actually get everything Liber Null has to offer in two songs: the ritualistic nature, the almost Funeral Mist-like venom, the melodic tremolo picking and the diverse vocal violence.

With a good sound and solid musicianship, ‘For Whom Is The Light’ has plenty to offer for the Black Metal aficionado. It may not be the most uplifting album and due to its somewhat (overly) smooth sound, it may lack some identity of its own, but if we are honest, Potenti & Co. simply deliver another excellent album.