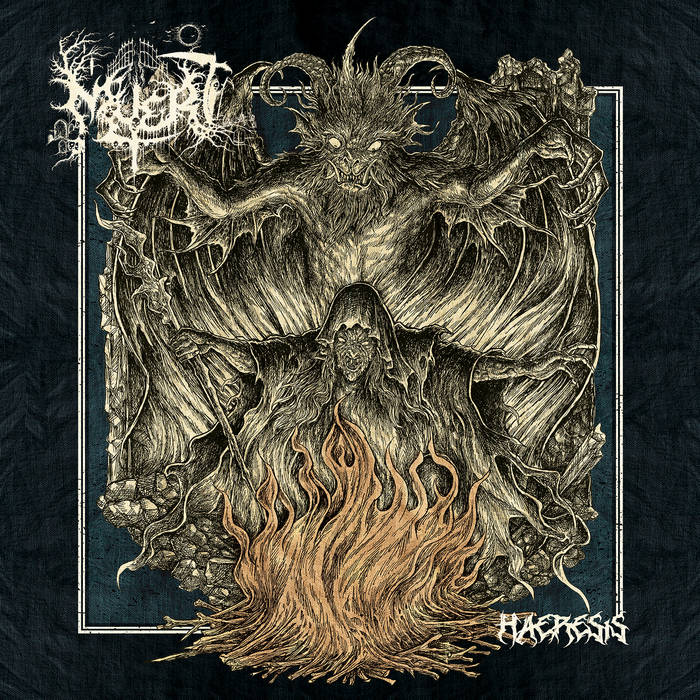 Though most people know the Spanish Canary Islands only from their nice sunny holidays, the islands too have a very dark side. Its unpredictable and evil, volcanic character comes to live in the Black/Death Metal band Muert, who released their fourth record early last year. And believe it or not, the album’s monstrous sound really equals a full-blown volcanic eruption.

If you look the band up at the Encyclopaedia Metallum you have to be a Thatcherian iron man/lady to not at least have a tiny chuckle over that band photo – come on, check it out before reading any further. But, fair enough, the music is nothing funny at all. The complete and utter anger-filled and totally wild burst of aggression has very few equals.

While not completely the same, the band has the same sort of bare-knuckle, hell on wheels kind of chaotic approach to the Black/Death Metal mix as bands like Blasphemy and Proclamation. In fact, I dare say Muert takes it even one step further. Yes, really. Total chaos, extreme aggression, sheer violence: no holds barred. ‘Haeresis’ really is a tornado of guitars, drums and barking vocals. Something that is not all too easy to put into words, but if you are not faint hearted, you should just try to wrap your head around it and not get rocked silly in the very first few minutes, this is a downright slobberknocker.