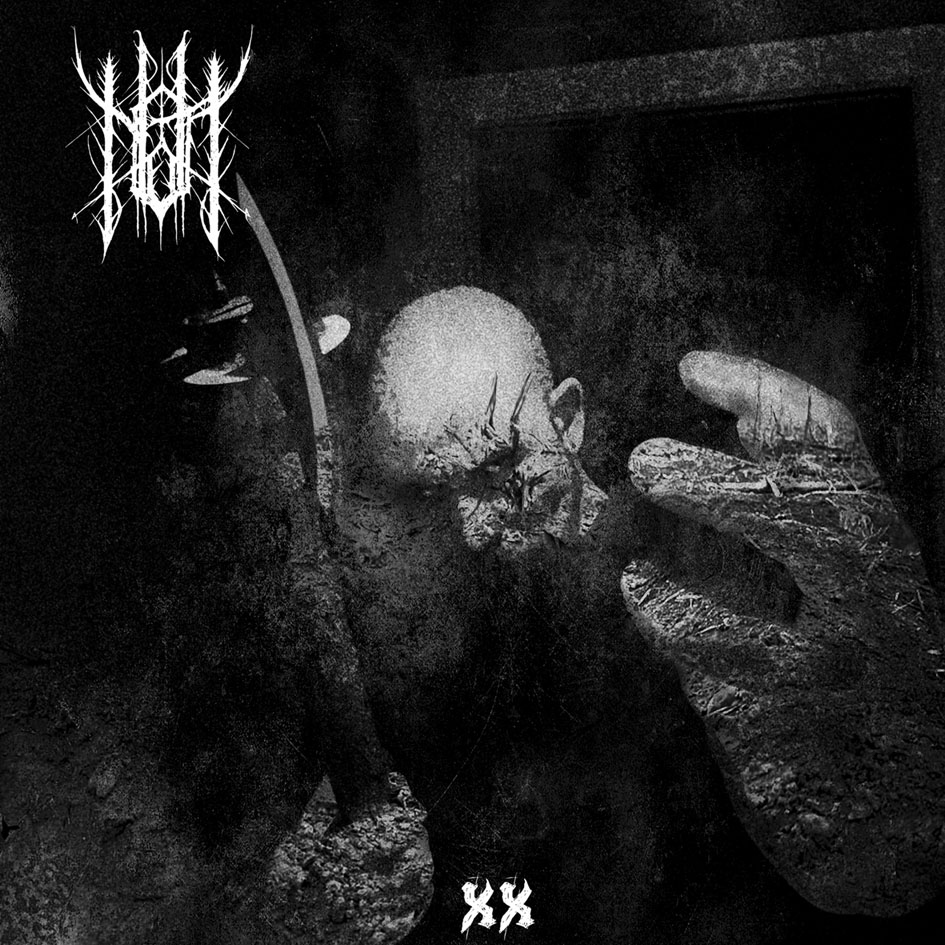 I’m starting to think that H. Archvile, the man behind Italian one man Black Metal Project Nott, is starting to lose interest in naming his album, as he has followed up 2019’s ‘4’ with a brand new opus, ‘XX’. I talk of course in jest! Located in the Northern Italian town of Brescia, H. Archvile under the Nott banner has been active since 2002 and in that time has released four previous albums. ‘XX’, his fifth studio album, has been released on Cd by German label Schierling Klangkunst.

Its straight to the action with opener ‘Two Decades of Oblivion’ which careens directly into a punishing blend of rampaging ferocity from the sticksman, prominent bass leads and maelstrom like guitar play, topped off with a traditional throaty rasp on the vocals, twinned with more ritualistic chanting further on.

There is a misanthropic darkness behind all of the lyrical themes held with the confines of this album, but I’m particularly enamoured with ‘We Are The Virus’ which plots the course of the rampaging unrelenting  virus that is Mankind over two hundred thousand years. “Then it spread unchecked, the contagion of the territories is ever wider, no place could escape from the ravenous desire of parasites.” Further scorn is heaped on our kind in the form of ‘Naked Apes’ and the harrowing barbs towards our very species continue. “Naked apes pretending to be god, heading for extinction.”

Musically ‘XX’ is a one trick pony, fast unstoppable Black Metal played with talent and desire. It’s more than listenable though suffers a lack of diversity in style. However, its the lyrical concepts, usually against humanity that draw my interest in Nott. (Marksson)