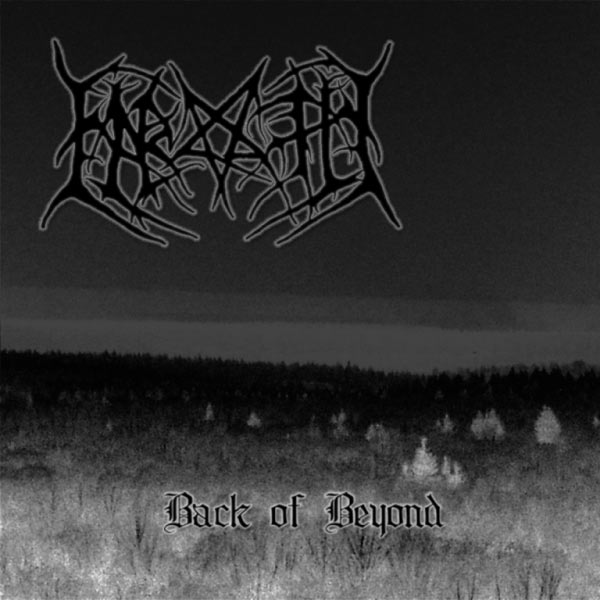 Nabaath, a black metal band from Russia, released their first full-length, Christian-killing, blasphemous work entitled, “Back Of Beyond,” after four years of being a band. With the first dose of Anti-Christian venom, “The Loss of the Age of Light,” you can hear the fury of Dark Funeral and the “disgusted with the world” Marduk influence. “The Loss of the Age of Light” is melodic and plays smoothly. “The North” takes an unexpected turn and begins with a soft intro of quiet guitars aided by the sound of wind blowing in the background to set the mood. As the drums start to pound harder and louder, you can tell that the calmness won’t last and “The North” turns into a snowstorm of a song. The next track,“White Angel’s Wings,” continues on with the same theme, only much more sinister this time around.

The last three tracks on the album are the most furious, “Eternal Silent Forest” and two six-minute tracks “Disappearing Into The Bottomless Haze,” which has the added effects of rainfall to create an angry, depressive atmosphere and “Brink Of Death (Death Whispers).” Nabaath’s sinful music crushes all faith and extinguishes all light. This is dark, frozen music, with killer sound. “Back Of Beyond” was released roughly two years ago and the band is now out with a new demo called, “War Blasphemy,” where the band oscillates more towards sounding like Marduk, without losing uniqueness. “Back of Beyond” will not disappoint fans of raving black metal and I doubt “War Blasphemy” will either. (Yulon)