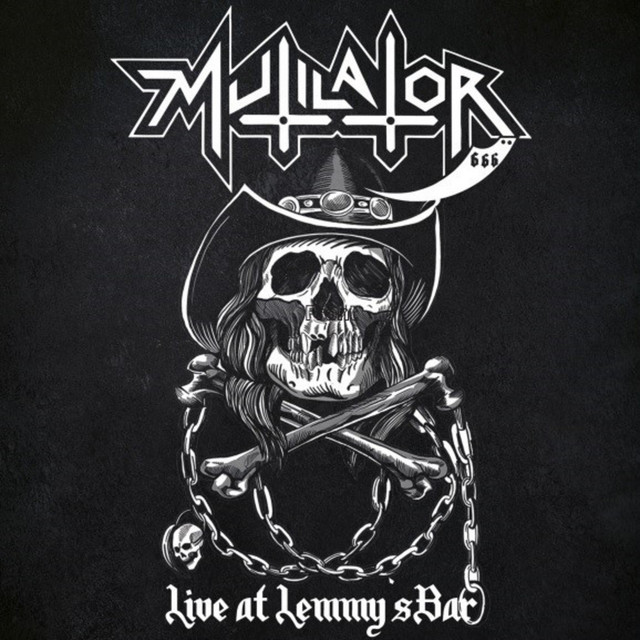 When you talk about classic Brazilian Thrash Metal albums, you automatically end up with Sarcófago’s ‘INRI’, Sepultura’s ‘Morbid Visions’ and Mutilator’s ‘Immortal Force’. Of course, they were not the only ones and Chakal, Vulcano, Holocausto and Sextrash also had their followers and influence, but it was still those three albums that paved the way for the many Brazilian Thrash and Death Metal bands. 1987’s ‘Immortal Force’ is still a well-loved album, and although its successor ‘Into The Strange’ from a year later is certainly not bad, the debut album in particular retains its influence – not least because of its iconic, minimalist ‘artwork’.

A few years ago the Neves brothers decided to revive the band and found three new companions to re-inject new blood to Mutilator. No new material has been recorded (or released) yet, but the first feat for this new line-up is this live album that was recorded during an online event. First thing that strikes is the much bigger sound compared to the original album recordings. ‘Immortal Force’ has this thin, yet very violent sound that is so typical for many a Brazilian Thrash Metal album from around those early days. Second thing is that the vocals are pretty different, being far more brutal in nature compared to the album original vocalist. But other than that, they crank out a classic set of old tracks taken mostly from ‘Immortal Force’ and the ‘Warfare Noise’-split LP that was originally released in 1986 on which Mutilator shared the vinyl with Chakal, Sarcófago and Holocausto. As a bonus they have added re-recorded versions of classic tracks ‘Evil Conspiracy’ (2020 studio version) and ‘Bloodstorm’ (2021 studio version), and frankly, I have a bit of a problem with these versions. The new vocalist is by no means bad and the new sound is fine in itself, but I am so used to the old sound that I find this quite difficult to digest. Basically, I have a slight aversion to re-recordings anyway, and these two songs actually sum up exactly why.

The recording might sound way tighter and less raw in nature, so purists who are all into these old wild Brazilian Thrash Metal albums might want to pass this one by, but in itself it is not a necessarily bad recording. Yet again, I do own several old bootleg recordings which sound way rougher, but have a slightly more authentic sound with it. I am curious to know what other future plans the band has, though.