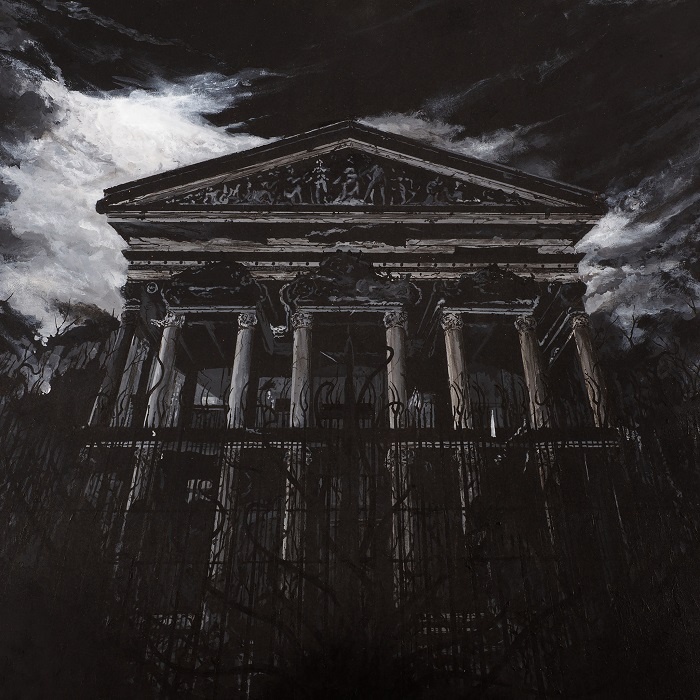 When the Icelandic Black Metal band Misþyrming first hit the Black Metal scene in 2015, their name was incredibly hyped through the now defunct Nuclear War Now! Forums. Nobody had ever even heard a single note of the band, but people were (digitally) fighting over a copy. Eventually selling copies through Discogs considerable amounts of money. But when it came to the musical offering, the album, 2015’s ‘Söngvar elds og óreiðu’ to me felt a little disappointing. While by no means a bad album, but with the hype so whipped up, I kind of expected more. Besides, at that time there were so many records coming out; competition was fierce.

After that hyped debut album, things calmed down a little, not in the least because of the relentless repressing of the album. But, the band never rested on their laurels and tried to gain in on their momentum by releasing a split 10” EP with fellow Icelandic Black Metal band Sinmara as well as their sophomore album, ‘Algleymi’, in the span of only four years. Those recordings were equally well received, but didn’t lead to another exercise in mass hysteria. And rightly so, because those recordings too were good and fell right into the right musical climate, but like the debut, they too were not Black Metal highlights for me.

All the more surprising then is the impact of this new album, ‘Með Hamri’ (‘With Hammer’ in English), not that we are seeing an upsurge in hype, but musically it offers a very interesting Black Metal soundscape. Where the debut was mainly a rock-hard dissonant Black Metal record and ‘Algeymi’ a surprisingly melodic successor, ‘Með Hamri’ offers the very best of both. Perhaps it’s like with some foods, you need to experiment a recipe a bit sometimes and it also can’t hurt to let something mature a little. In any case, that definitely worked for this Icelandic band and it makes them more dynamic and varied than ever. Still we get those unsettling and oppressive song structures, laced with dissonance and the hypnotic melodies. But the band also regularly throttles down to scare the hell out of you in almost horror-esque ambient fashion.

Although the album is still just under three quarters of an hour long, it feels like quite a journey. In a positive sense, that is, the band dishes up the ultimate mix of everything that intrigues modern Black Metal: winding melodies, dissonance, barking vocals and a jet-black sound. Where the debut was drowned out for me by the pinnacle of Icelandic Black Metal, Sinmara’s ‘Aphotic Womb’ and ‘Algeymi’ by the simultaneous release of Deathspell Omega’s sensational ‘The Furnaces Of Palingenesia’, with ‘Með Hamri’ Misþyrming ironically seems to have forged something that sounds exactly like a blend of those two records.