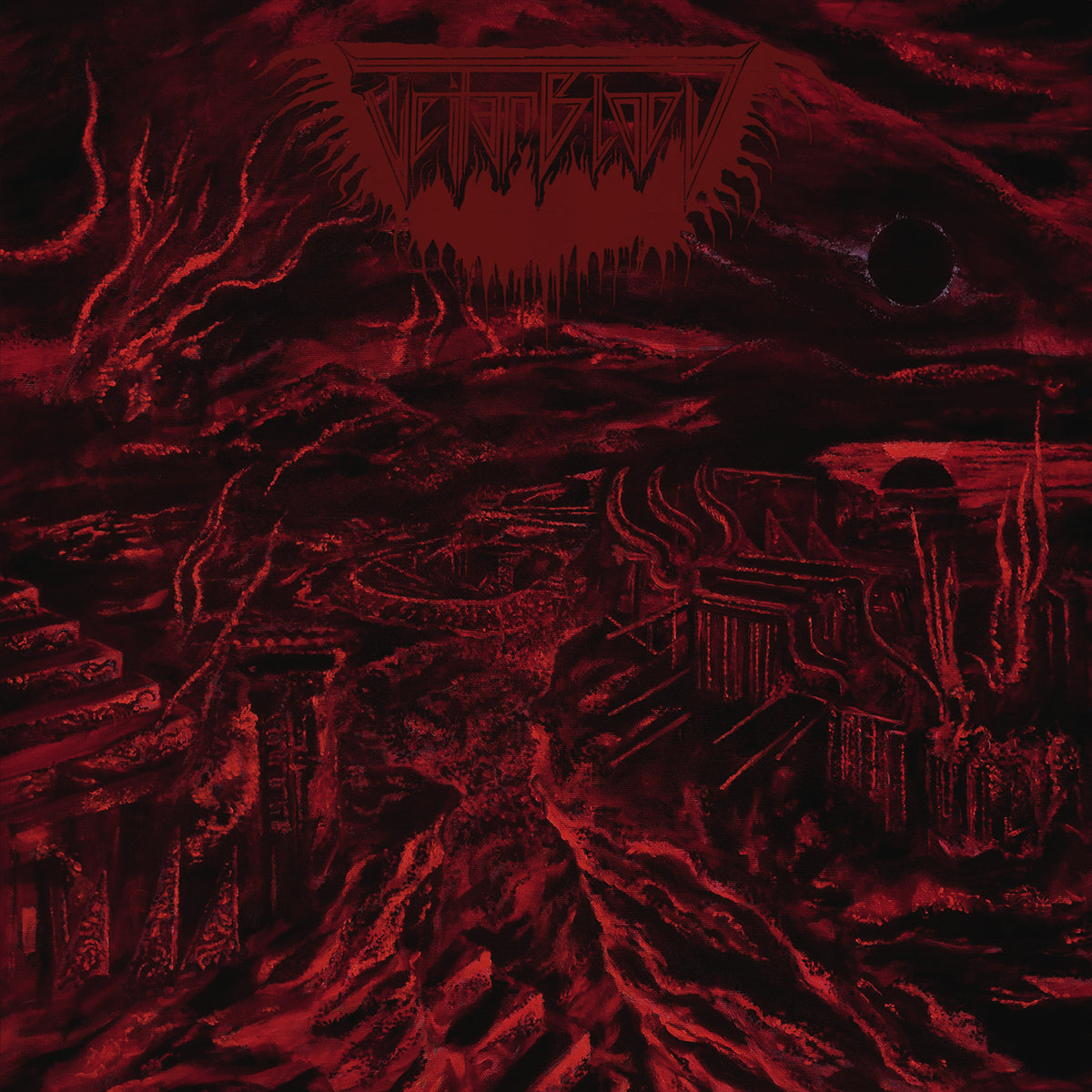 The beginning sounds like the END. Let that sink in. The end of time as we know it. I imagine the world in ruin as soon as I hit play. So it goes when subjecting yourself to Teitanblood, and i haven’t even gotten to the music yet. After a couple minutes of sheer dread for the dead, the world is gone forever and the Baneful Choir sing their songs of great joy to this wonderful ending of a world not worthy of life…..

To be perfectly honest, Teitanblood are not for everyone. I know firsthand as I’ve read the comments about people “can’t understand them”, yet I hear every riff, drums and nuances like I’m there in the abyss with THEM. They areare, self proclaimed, non musicians, but a conduit for dark forces. Well, i agree about the conduit for dark forces but with songs this well crafted, I’d have to disagree about the musician part. They are Beasts. The songs are perfectly placed only further pushing this albums intensity and complete feral nature from beginning to end. The sounds emanating from the speakers fit well with the dreadful intro. This IS musick for endtimes. They, in my ears, defy categorization. They are more than Black or Death Metal. Some bands have the ability to channel an essence most cant…….

Teitanblood have with their best and most wretched record to date. (LOD666)

“The Baneful Choir” as an album title could not get more relevant as a delineation of what the Spanish Bestial Black/Death quartet Teitanblood is actually all about. They have released nothing but classics throughout their entire career, and this time they also did not fail to preserve their inhumane proficiency with the newest release. Similar to their other full-lengths, this record’s durability is also an hour long which will require your full attention and uttermost sinful desire to enjoy it at its fullest.

Whilst cranking this record in chronological order, the three-minute exordium will surely act as a portent of the sheer diabolic savagery that you are about to experience in the upcoming numbers. And as soon as the next track kicks in, you’re already possessed by the galvanized guitar resonances that keep producing evil hunches into your cognition. The esoteric vocal approach amalgamates with the utmost belligerent musicianship in each and every track. Some guitar riffage are extremely salacious while the rest are plain static that give you a wickedly sublime buzz. All the songs are enough-abrasively executed to take you to a trip to hell at lightspeed with demonic entities surrounding you. The blood-red album artwork is nominally just a depiction of how armageddonish the cosmos would appear if the musical notes of this album had the ability to catalyze entities while they were being played. The second last track entitled ‘Verdict of the Dead’ approaches to its end with an old school-styled solo that is simultaneously frantic and melodic which eventually leads to the grim outro of the album, that leaves you bedeviled; enchanted, and well-fed of what you were demanding to be indulged initially. (Osmani)