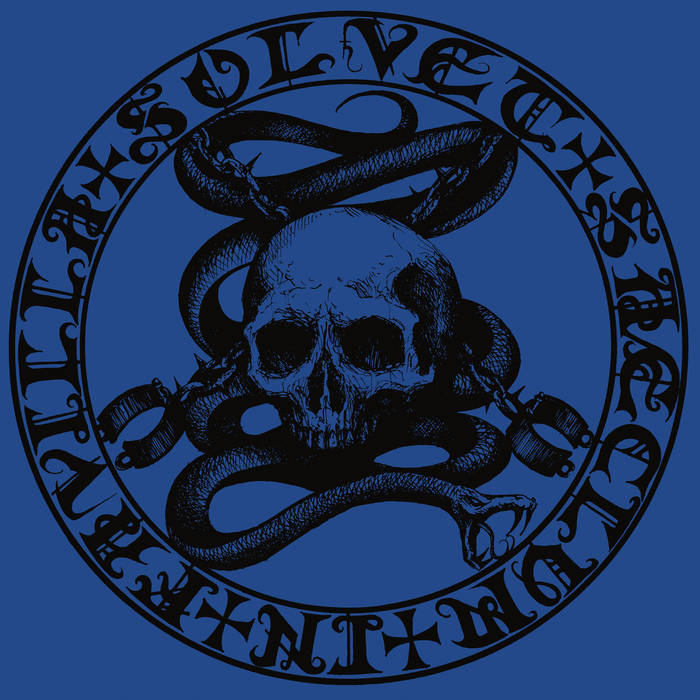 The cross of blood, or in French La Croix De Sang, came out of nothing and it took me by storm.  Drastus unleashed a seven hymn long furious Black Metal release that presents itself full of dynamics taking the advantages of tempo changes and the creativity that the mostly dissonant chaotic sound can offer. Being a skilful band, they not included nice details on their instruments only but also know how to keep the listener grasping for air and let him breath shortly just to strangle again with a suffocating atmosphere and a voice that remains stuck in your mind. The voice takes an important role, being versatile, changing face from Onielar like rasping to some cleaner, melancholic, almost bursting in the wind like chant. The repetitive nature of good riffs make this album a meditative black storm of hate which, like a tornado, is fast and chaotic. Destructive outside and calm, almost standing still inside.

The song based of clean guitars in the second half of the album builds up a very chilling but dangerous aura, always ready to explode and tear everything apart. Instead of just going full force after this, Drastus decided to go for the groove, for variation and THEN, to include rapid fire again. The chanting towards the end is pure diabolic evocation. The seventh gate builds up massive, like a dark cathedral that lays it`s shadow upon the wicked and puts it`s reversed crown on.

After 10 years since their last EP “Serpent`s Chalice-Materia Prima” came out and even 14 years after the debut album “Roars from the old serpent`s paradise”, Drastus worked out a dark Black Metal record that has all my respect. They were able to do the split between chaos, dark atmosphere, furious blasting and a certain „catchiness“. The production is TOP. Deathspell Omega, Antaeus, Borgia or DSKNT fans should have this in their collection already. (DPF)