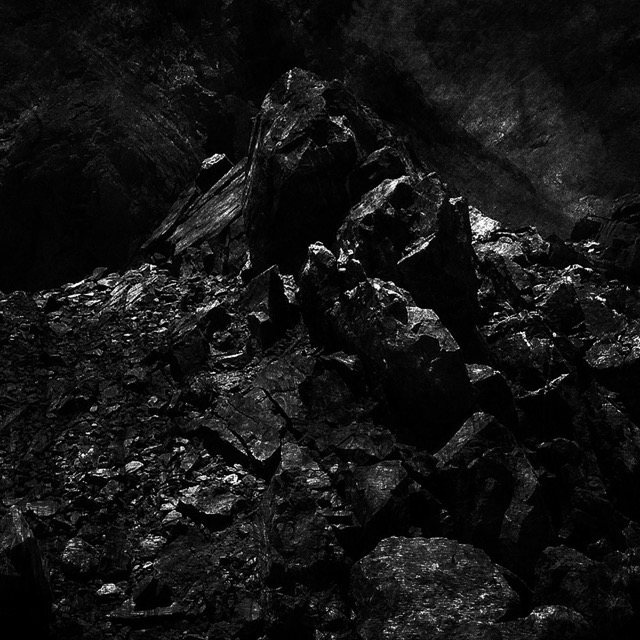 You can safely say that Deathspell Omega is one of the most prolific bands in the current Black Metal scene. Initially releasing more standard, but very good, Black Metal the band evolved into a visionary and highly influential entity. Ever since releasing their 2004-epos ‘Si Monvmentvm Reqvires, Circvmspice’ the band has pushed the genre’s boundaries much further than any other scene contemporaries. Throughout their whole career, Deathspell Omega proved that they are true musical chameleons and always found a way to further develop their music and still secure their very own and distinctive sound.

That is also what they did on ‘The Long Defeat’. Still, every element of their complex, dissonant and dysrhythmic brand of ominous Black Metal is present but at the same time it is clear that the band is taking steps to a new phase in their career – as we have seen (heard) them doing that before. The aforementioned ‘Si Monvmentvm…’ was miles away from what they did on the first two albums and though the step between this ‘The Long Defeat’ and its previous work seems to be smaller, the shift is still evident. At least they went for a smoother transition as the first signs of a (slight) change of style and musical ambition started to show on ‘The Synarchy Of Molten Bones’ – which was a rather hard pill to swallow.

On ‘The Long Defeat’ the band slows down into five long-drawn songs that sound more melodic and, in a way, more traditional even. It has the same slow(er) parts as heard on the previous album, ‘The Furnaces Of Palingenesia’, which almost touched doom-territories, giving room for all instruments to fully flourish in their own creative complexity. The low rumbling but clean sounding bass already steals the lead in the first few seconds of the album, while the drums are playing a more prominent role with its interesting swinging fills and virtuoso dynamics.

The major shift, however, is that the band is combining their intricacy trademark sound with a sort of song writing that is not much unlike the basics of traditional Heavy Metal or even Hard Rock – listen to ‘Our Life Is Your Death’ for instance. The slower pace and the tremolo guitar solos, like on ‘Eadem, Sed Aliter’, add to the feeling that Deathspell Omega takes another step forward, but at the same time jumps back to their formative years. So, depending on your view and perception you can either say this is their most standard or traditional Black Metal-album since ‘Inquisitors Of Satan’ (2002, Northern Heritage) or it is (another) transitional and visionary album which is some sort of a sneak preview for what Deathspell Omega is going to offer in the next few years – just like ‘Si Monvmentvm…’ was, a far from perfect but revolutionary album that paved the way for the bands’ future sound. This duality makes it sound a little indecisive, but intriguing at the same time, at least it takes a few more spins to fully sink in – but that is nothing new for Deathspell Omega.

Unlike all the musical changes and directions back and forth, something that most likely will never change is the mystery around the involved band members. Deathspell Omega never publicly commented on their line-up, it is unknown who played the drums for the last two decades and although Mikko Aspa (of Clandestine Blaze) has been the voice of the band since 2004 he’s still ‘only’ a session-member. For ‘The Long Defeat’ they have chosen to not only work with Mikko Aspa, but to add (at least) two more guest vocalists: none other than Mortuus of Funeral Mist/Marduk and M. of Mgła. Of course they both are uncredited, but because of their unique signature they are hard to miss.

To wrap it all up, like any other album of these French purveyors of utterly complex Black Metal, ‘The Long Defeat’ is not quite a happy meal and requires considerable taste. It is more like good French wine or cheese, that too needs time and patience to mature. But even then it will be a rewarding subject for discussion and disagreements. And objectively, time will tell whether this was, again, a visionary album and the start of a new era or a (long) defeat…