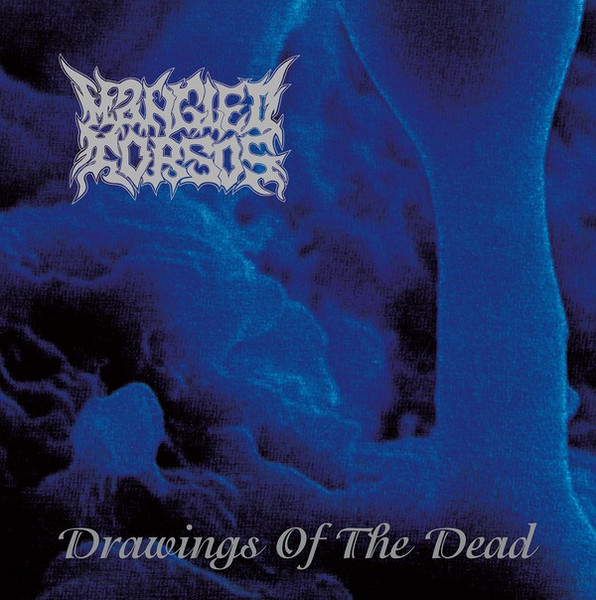 Though I was not exactly there at that exact time, because of my age, I always loved the atmosphere and feeling of those early 90’s demo tapes and 7” EP’s. I was able to collect a whole lot of them at the end of the 90’s and the early 00’s, in this pre-internet/streaming era it was basically trying to get my hands on anything that I could. My mid- to late teens were all about trading, browsing through distro-lists and waiting for the mailman to deliver the goods. And, not unimportantly, chasing my older friends, asking them for their record collections. That resulted in the start of my collection, something that gradually got out of hand, but I cherish (and expand) to this very day.

At some point I was able to get a rather large collection of 7” EP’s, that I spent many hours with, playing them and looking at the covers and going through the thank lists looking for new band names. Some of them were particularly interesting to me, one of those EP’s was ‘Anatomia Reformata’ by German band Mangled Torsos. It had a cover with an old drawing of someone stripped from his skin, pinned to the wall with his head hanging down and a great black-and-white band photo that was so blurry and dark that it revealed pretty close to nothing. It had me, even before playing it.

The music on offer was pretty fresh to my youthful ears, it had fast drums, dark sections and quirky gurgling vocals. Yep, right up my alley. And even now, some twenty years later, Mangled Torsos still sounds fresh. It was a typical band for that first half of the 90’s, blending just anything that they were into, musically. The German underground metal scene from these days had quite some interesting bands in various different genres. Pyogenesis that offered interesting Doom/Death Metal, Blood that was into Death Metal/Grindcore and GUT a truly depraved Goregrind combo. Mangled Torsos was able to combine all of that into a rather adventurous piece of Death Metal.

After the ‘Anatomia Reformata’ 7” from 1993, the band struck a deal with Morbid Records and released their ‘Drawings Of The Dead’-debut album a year later. That album was released at the end of last year through a rather new label, Morbid Classics, focussing on that particular Death Metal/Grindcore crossing, with their other releases being of American overlords of depravity Meat Shits and Japanese cyber perverts Catasexual Urge Motivation. ‘Drawings Of The Dead’ caught Mangled Torsos at their very best, not only musically and creatively, but also in terms of production. On this first record, everything fell into place, the dark and doomy sections are piercing, the fast parts are grinding, the vocals are otherworldly and it is all being held together by the bands’ rampant technicality and creativity. The original, in blue cover, sells for a lot of money. That not only indicates the cult status of the band, but also that it is a sought-after album. By no means all those albums that sell for astronomical sums live up to their status musically, but in this case there is no question.

A few years back, in 2011 and 2017 Spanish label Memento Mori already re-released the album on CD, so it was about time for the album to finally get a full vinyl treatment. This re-release comes as a double LP with the album spread over three sides of vinyl with the ‘Anatomia Reformata’ 7” EP as bonus tracks on the D-side (no, not Deicide). If you were never able to snatch up a copy of the original print or were (eagerly) waiting for the day a label was finally printing its vinyl version, now is your chance to get it.