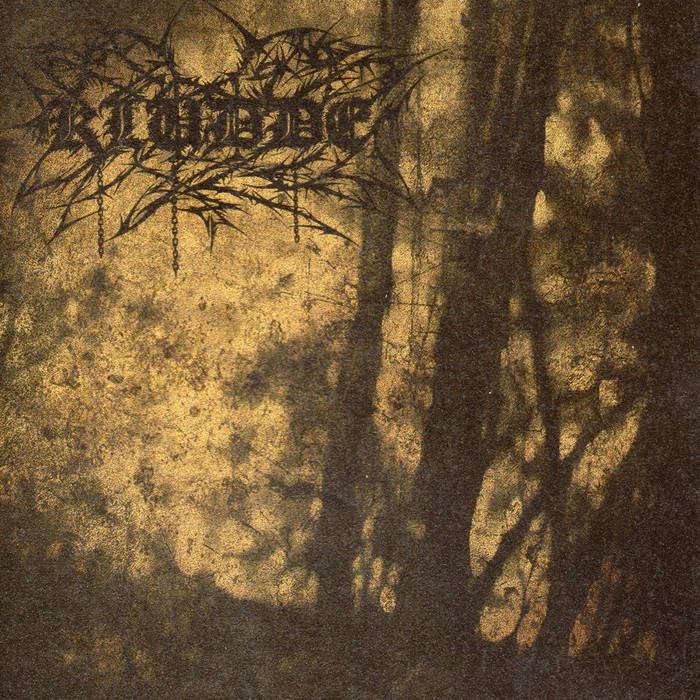 I confess! Four years ago Kludde didn’t convince me with their split release with Wanhoop. The standard black metal dealing about local folklore couldn’t grab my attention for more than the average band. But now Kludde instantly put a big explanation mark behind their debut full album!

“In den Vergetelheid” wipes away the grey-zoned past and introduces the band to a higher level. Instead of trendy black metal Kludde now give an own face and own interpretation to each song individually, going from black metal to rock to stoner. “Branden in d’Helle” pretty much sounds like Shining as on “Halmstad”. A more rock orientated approach is set on the groovy “Ignis Fatuus”. And perhaps one of the best songs is “Metamorphosis”, starting up tempo and ending quite original with a long stretched (semi-) acoustic post-rock part with great atmospheric vocal lines. I’m not really sure whether Uglúk has got a good throat or not – His screams are rather low in the crystal clear mix, but they are more like an instrument part of the total ambience. Just like before Kludde take the path of local myths and legends – Sometimes in their local language and sometimes in plain Flemish/Dutch. The lyrics are quite amusing as well and aren’t about the usual black metal crap.

The band isn’t afraid to write dirty and ugly texts with an artistic humorous undertone – Something which should be done more often in this dead serious scene. “In den Vergetelheid” is an excellent release which definitely appeals to a large crowd. They have my support! (FilipD)