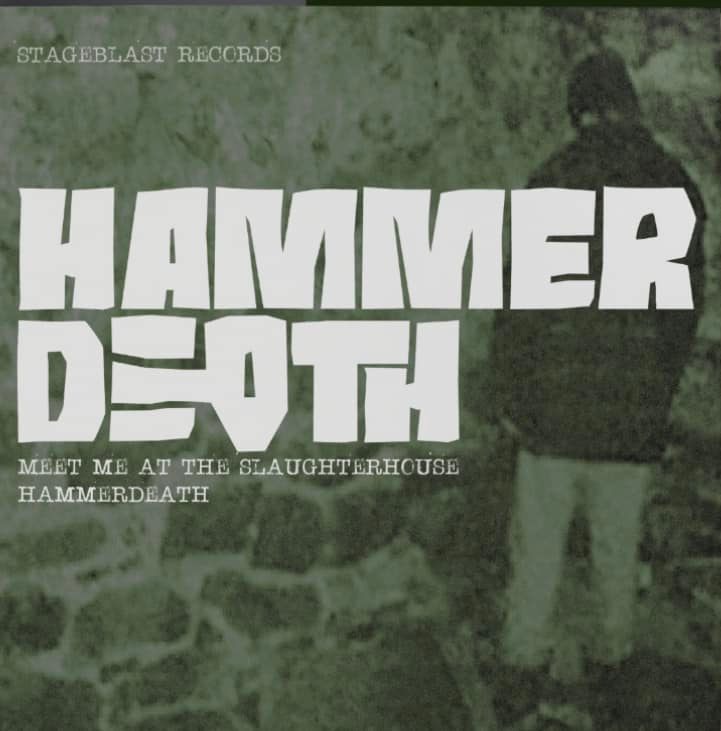 In the Dutch metal scene in the 90’s it was pretty much impossible to ignore the presence and influence of the Displeased Productions-label. It presented many a great release during those roaring 90’s, like early releases from Dutch icon-esque bands like Altar, Orphanage, Celestial Season and Houwitser (after which Displeased Productions went to a more reissue-filled roster and finally vanished after having gained a questionable reputation). Displeased Productions, from the Zaanstreek-area also signed a few bands from their home-turf which shared a lot of the same members. One of those bands was Nembrionic Hammerdeath (the others being Consolation and later also Unlord), which gained quite a following in The Netherlands after the release of the “Lyrics Of Your Last Will”-demo from 1991. Displeased Productions soon picked them up and issued a 7” EP in 1993, “Themes On An Occult Theory”, which was the first step in a long cooperation. Nembrionic Hammerdeath soon dropped the ‘Hammerdeath’ and continued under the moniker of Nembrionic and released a couple of albums and EP’s during the 90’s. Though it is not quite sure when they actually folded, but fact it that they’ve died a slow death around the turn of the century.

Fastforward to 2022, skipping a good two decades, the band reappears and now seem to have dropped the ‘Nembrionic’ part of their name and go under the moniker of Hammerdeath, though still having gigged at the 2019-edition of the Stonehenge Festival under the name of Nembrionic. Ah well, what’s in a name anyway… Whether it is a coincidence or not, but Consolation also seems to have been reactivated and appeared on this year’s Stonehenge Festival and Unlord have seen its three albums reissued on all formats by Hells Headbangers. The spotlight is lit again.

Though the name might have changed a little along the way, the musical direction has not shifted dramatically. Most of that is on the account of singer Marco Westenbrink, whose vocals are still very much recognizable and marks a big part of the bands’ identity. Musically the band have seemingly slowed down a little, these two new tracks lack that nifty grinding edge that made both albums (“Psycho One Hundred” (1995) and “Incomplete” (1998)) so nice and crunchy. But that doesn’t mean they are not enjoyable, it has indeed slowed down a tad and it indeed sounds a little more straight-forward and perhaps even a little blunt, but it is still as hooky and the grooves still makes it rather catchy too.

To wrap a whole story up: these two tracks will not change the world, but then again, the previous releases didn’t do so either, but they still stick with me for nostalgic reasons. With that in mind and with an overly developed sense of nostalgia, I am happy that the band has returned – regardless of the name they choose. And, if I am well informed, these two tracks will find their way to a new vinyl EP as well – that makes me twice as happy! (FelixS)