Grind Zero – Concealed In The Shadows 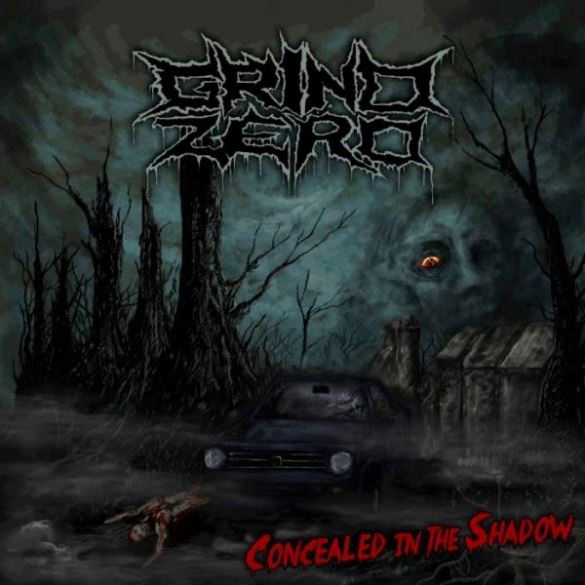 Grind Zero come from Milan, Italy and “Concealed In The Shadows” is their second full length album after the debut “Mass Distraction” from 2014. First thing that makes impression is the cover artwork which is like a poster of a horror movie, showing dark fog, black trees and a human corpse lying slaughtered on the ground.

The record starts with the pounding “Soul Collected” which reveals the influences of Entombed/Dismember upon Grind Zero’s music. Next is the mid-tempo “Corrosion” where Marco Piras is demonstrating various vocal styles from deep growls to higher, agonising, Martin Van Drunen-like screams. “Concealed In The Shadows” offers a solid dose of oldschool Death/Grind with “Master’s Pleasure” (there is an official video for that track) and “Sodomizing The Sun” (poor sun) being the highlights of the album.

Grind Zero’s second album will be an aural pleasure for every Death Metal fan. The band is a promising part of the huge Italian metal scene and is the next good thing to come out of Italy after spaghetti and pizza. (Zvetan)