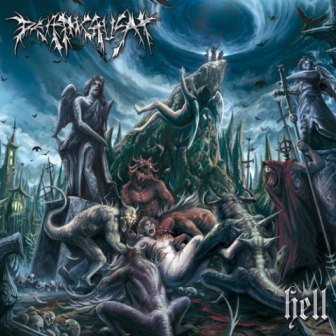 Before you think you’re going to order this because the music is related to the classick Mayhem EP, you will be in for a surprise. Deathcrush from Italy plays Death/Black Metal with a modern and clear sound, although they were playing old school Death/Black Metal in the beginning. With “Hell” they are releasing their second full-length that will appeal the ones who enjoy Hate Eternal, late Behemoth, late Vader and late Belphegor. And maybe some Zyklon as well. Modern sounding, technical Extreme Metal with blast beats and the typical this millennium Black/Death fast riffing. There is nothing wrong with “Hell” as it was a good listen, but it isn’t top 10 year list-material either. (Ricardo)